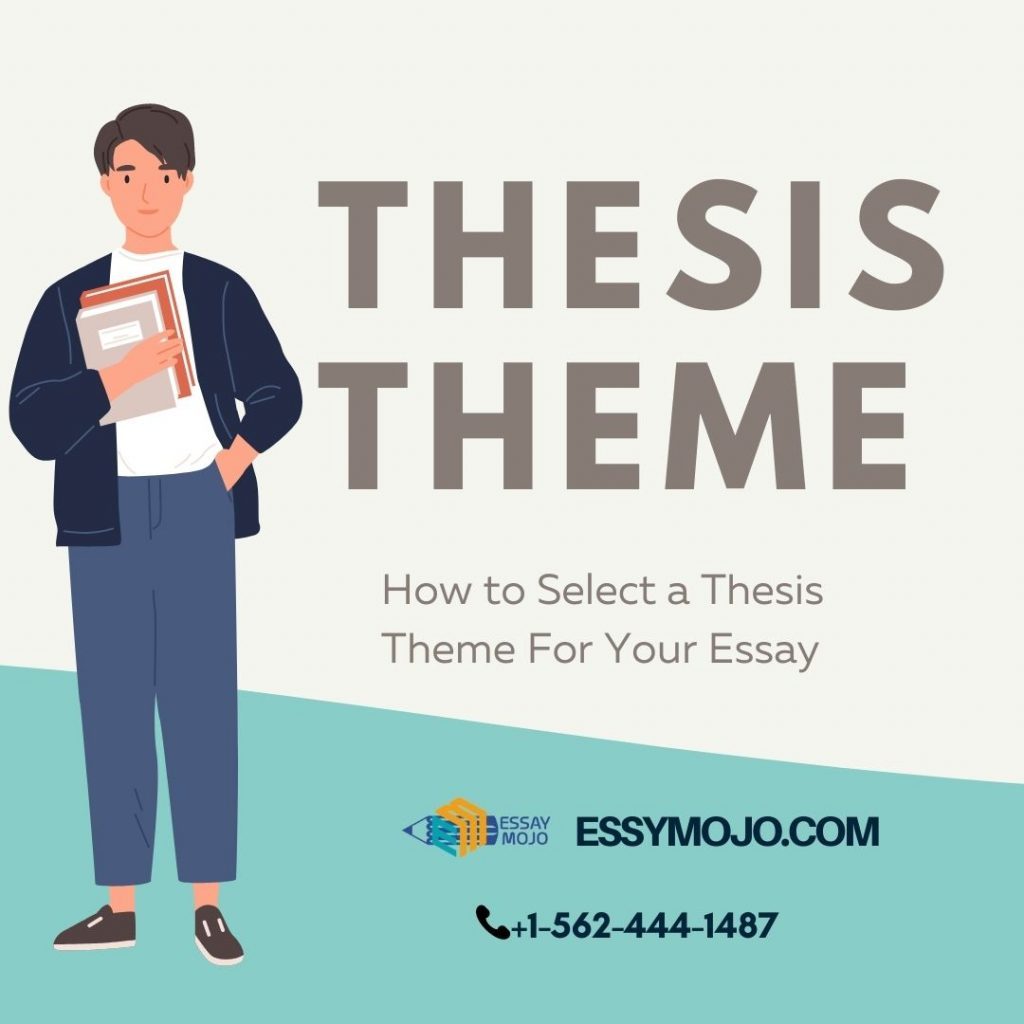 How to Select a Thesis Theme Outline For Your Paper

In this article, I’m going to guide you EXACTLY how to select a thesis theme outline for your paper.

In fact, this is the exact process used by many students.

We know how hard it is to choose a good thesis theme for your academic paper. So, we’ve prepared some tips and useful insights on types of themes that will help you make up your mind faster!

Our company’s professional writers have compiled this list of tips for picking out the perfect thesis theme. We’re here to help you decide on one that will make your introduction soar!

So if you want to learn how to select a thesis theme outline for your paper, then you’ll love this new tutorial from EssayMojo essay service.

Before we get into today’s thesis theme outline guide, let understand what is a theme

What Is a Thesis Theme?

The theme in a thesis is the central idea of a work (art, literature, or film). What is the central message that an author is trying to convey in that piece of work? This is the first thing to ask yourself when trying to select a thesis theme  . Don’t confuse the theme with the moral of the story. The theme is the point being driven home whereas the moral is the lesson you can pick up from a story. The theme explored in a certain piece of work can either be major or minor. Or in some cases, both themes can be explored in a piece of work.

In addition, theme tends to have two parts; the concept which is conditional to the audience or readers and the statement part which is what the writer envisions.

There can be different themes explored in a work, either courage or the power of love, or fear of God. It is thus important to have some guidelines when selecting an essay theme in a piece of work.

How to Select a Thesis Theme

You shall start by first understanding how themes are expressed?

A novel or film theme can be very difficult to figure out because it is often implied. Themes are displayed in the character’s thoughts, feelings, and even actions. When you read a novel or watch a film, you picture the work’s underlying lesson in your mind. The theme is a universal concept and not a unique topic of work.

Literature seems to be fond of exploring different themes such as love, revenge, and good versus evil. Let’s say you are discussing the Harry Potter series. The major theme in that series is death. His parents die and other main characters within the film like Lupin and Snape end up dead. Other characters in the film want to avoid death and try to be immortal and that still shows the theme of death.

If you are a writer discussing the major themes in Harry Porter, you shall consider the theme of death by selecting all angles and lenses through which this theme has been presented throughout the film or the book. You won’t only look at the characters dying, you shall also consider those characters trying to avoid death or the characters who believe in life after death.

You can also ask yourself if the characters in the film or the book has their immortal projects which they are trying to leave behind when they die. If a character has many kids, that is an immortal project since his or her lineage shall remain behind after their death. The character might be trying to ensure the best survival for their gene in an environment or a story where death is a common theme. If a character tries to do something monumental and memorable that they shall be remembered with after they die, that can be an act of a character defying the theme of death in some ways. That also touches on the theme of death broadly. A theme can thus be explored from several angles. Consider theme in this case as the abstract message that is subconsciously imparted in the piece of work.

When you select a thesis theme, all you need to do is to prove it from an evidential and argumentative perspective. If a writer is exploring a major theme in a film such as Hunger Games, the writer might pick on a popular theme in the work such as freedom versus oppression. The theme can be looked at from different angles in the piece of work. We can see this theme manifest itself through the capital’s oppression of the districts. That is one angle throw which this theme is expressed in the film, however, we can see in the film that Alma Coin, a character in the same film also tries to be oppressive towards the capital in return. The entire theme of freedom is painted in the film by trying to keep the citizenry under control and that they have no freedom to do whatever they wish they would want to.

A theme thus reflects your opinion of a piece of work as a writer based on the content, you can ask yourself a set of questions to select the theme in a thesis.

In a Nut Shell

In short, to unearth a theme, you can consider what problem a character is facing, the lesson he or she has learned from that particular story, and eventually the message that can be taken from the story. You analyze a theme in a story through different lenses in which it is portrayed because a theme is never stated and all you have to do as a writer is to uncover it by looking at the actions of the characters, the words, the tones, the elements and abstract ideas expressed in the piece of work. When you put all the patterns together, you can select the major and minor themes portrayed in a story. When you have a clear thesis theme, you can explore it with the evidence and patterns you have collected.