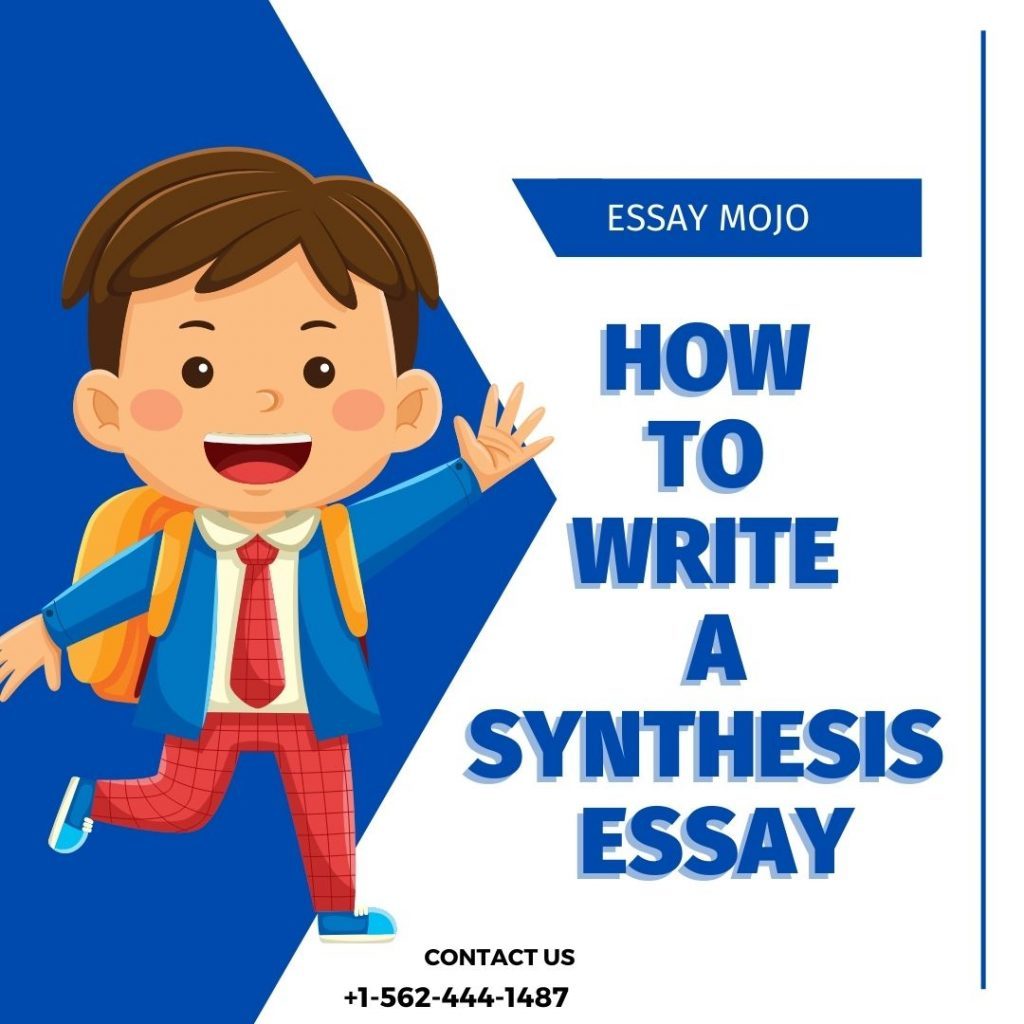 How to Write a Synthesis Essay | Introduction, Hook to Conclusion

This is an in-depth guide on How to Write a Synthesis Essay- coming up with good introduction hook, up to how to conclude a synthesis essay.

If you have ever wondered how to write a synthesis essay, this guide  from EssayMojo’s  essay writers for hire  will help you write a synthesis paper structure, or give you a simple synthesis outline to guide you through the writing process.

In this guide we will cover:

So without further ado, let’s get into the guide.

What is a Synthesis Essay?

A synthesis essay is broken down into five paragraphs which come under the following topics;

Three points to consider before writing a synthesis essay

A good synthesis essay provides the reader with various ideas from different sources to explain a major point. The following are steps that you should consider when writing a synthesis essay.

It is a method of making sure your essay is organized. It is a way of making a summary out of the sources that you feel are the most relevant to your essay topic. The problem with this method is that it does not allow the independence of thoughts. In this method, you are required to paraphrase your source. Then, select the most relevant information in your source and make a summary according to how you have comprehended it.

This is a style whereby you use two or more reasons to support your point. It is regarded as the most effective technique.

This is a technique where you state one argument against your thesis. In other words, when applying the Strawman style, you are required to state one argument that counters your argument. This is a very risky style, and if not executed carefully, it can be suicidal from an essay point of view. The secret to making it work is to ensure that the counterargument you decide to state is weak compared to your argument. The main goal is to show the reader other existing arguments concerning the same topic. This is one way of getting the reader to believe in your argument because the reader sees that you are open-minded and informed, and you have decided to acknowledge other arguments against yours.

How to Write a Synthesis Essay

A good thesis statement should have this three sections;

How to write an interesting introduction

The first paragraph of your essay is the introduction paragraph. The section is where the writer is supposed to state the basis of the point of view in general and be backed up by in-depth information around the topic intending to capture the reader’s attention. In a maximum of two sentences, you must introduce your argument using a thesis statement. You should state the thesis statement at the end of the paragraph. To break down the introduction paragraph, it should simply contain the hook, background information, an explanation of relevant it is to the topic, and end with a thesis statement.

The following is an example of an introductory paragraph.

Jean Twenge published an article to demonstrate how the usage of smartphones by teenagers has a negative impact on their lives. The author claims that social media and smartphones have created an endangered species out of teenagers and that something has to be done before the problem is beyond repair. She backs her claim using a list of evidence sourced from primary and secondary sources. The rise informs the basis of her hypothesis that social media and smartphones harm teenagers by causing mental illnesses such as depression among teenagers. This paper seeks to invalidate her claims by looking into the evidence stated.

The thesis is supposed to come in after this. It should explain your argument. Below is an example of the thesis.

Technology has changed the way humans live and work, but that does not mean that smartphones and social media are causing harm to teenagers, especially by the reasons stated by Twenge.

The body of a synthesis essay is usually made up of three paragraphs. Each body is made up of three parts. These are the topic sentence, supporting sentences, and a closing sentence. Presenting your body paragraphs in this structure helps your paragraph be organized and stay on course. Each paragraph should discuss your points and the points meant to support your arguments backed with evidence from different sources. Demonstrate how your resources are related to each other and how they are related to your synthesis essay. State the counterarguments and how your source can invalidate those claims and show that your idea is valid.

Below is an example of a body paragraph.

There are several reasons why these claims are not valid, but one major reason is that her list of claims is informed by looking at the issue from one angle.

The next paragraph should contain points that support your thesis statement. You should write the points in the following format or order.

An example of this is the paragraph below.

The writer avoids mentioning major studies that proved smartphones and social media are not responsible for mental illnesses like depression experienced among teenagers. Her claim is based on only one study that concluded that teenagers’ increased social media and smartphone use increases the risk of mental illnesses like depression. She, however, did not focus on depression in particular because that particular research also showed that depression that came about by using social media such as Facebook did not increase Facebook use. Those findings show that Facebook cannot be blamed for depression cases among teenagers because the findings show that there is no relationship between depression and the use of Facebook. Moreover, the decrease in Facebook uses while a teenager suffers from depression shows that teenagers do not consider Facebook an alternative source of happiness.

How to Write a Synthesis Essay Conclusion.

After writing the body paragraphs in order, you can now begin putting together the conclusion. The conclusion of a synthesis essay is similar to many other conclusions of different types of essays. It is the point where you state the thesis once again, summarize the main ideas that support your thesis, which you already discussed in the body paragraphs, and finally state your stand concerning the main idea.