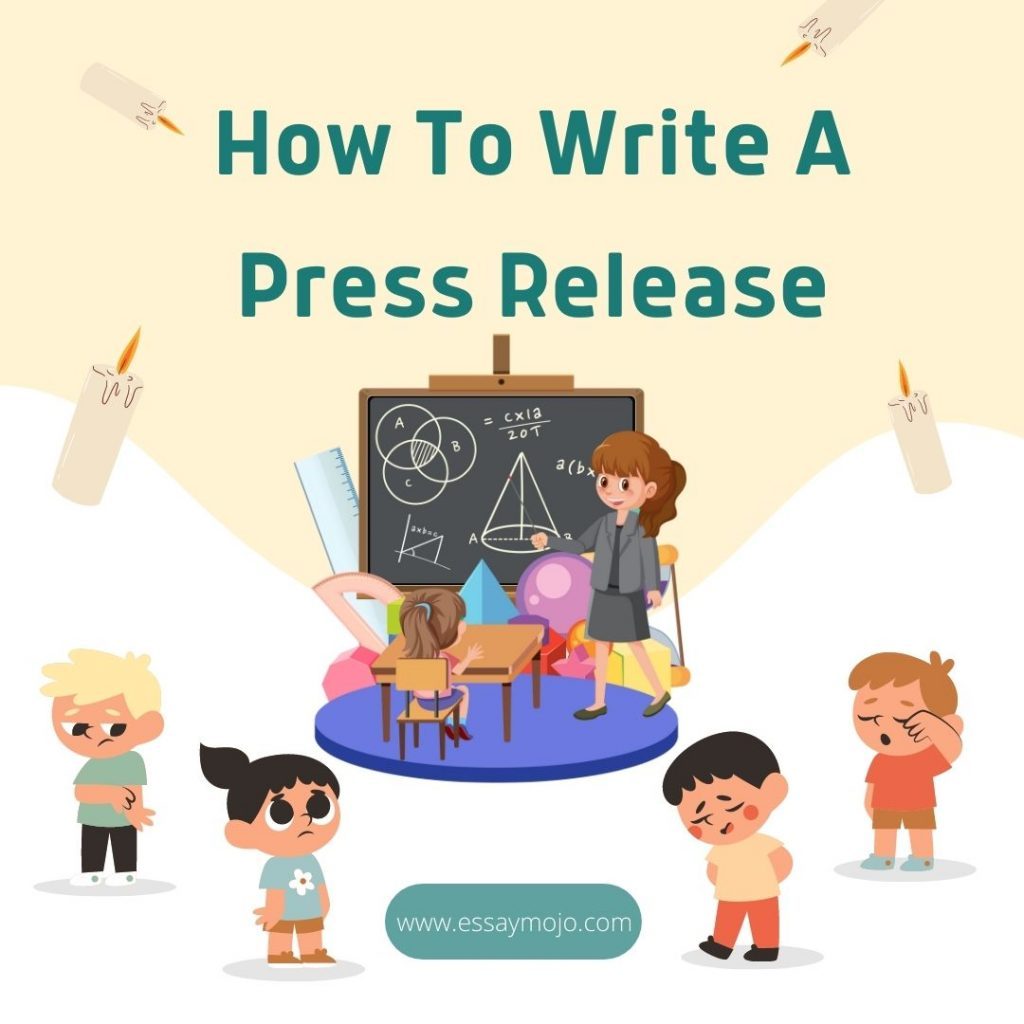 How to Write a Press Release | Format, Template With Examples

If you’re serious about branding, you NEED to learn How to Write a Press Release.

Well, Image and reputation are considered the most important assets of a company or a brand. Companies, therefore, try as much to maintain a good image and a good reputation.

In today’s guide, you’re going to learn How to Write a Press Release. Let’s do this.

What is a Press Release?

A press release is a formal print announcement issued by a company to the public. Most companies do this by hiring a public relations firm that does the work of publishing the releases on a company’s website and making sure it reaches journalists to make a news item out of it.

Before you learn how to write a press release you should learn different types of press releases that exists in the market.

There are different press releases depending on what activity a company plans to hold. The following are the main types of press releases;

This type of press release is used whenever a company has a new product that it is launching into the market for the first time and wants its consumers to be aware of it. Press releases under this category will seek to put out information about the product’s specifications, the price, the quantity, the quality, and where to buy it.

Press releases in this category are put out whenever a company has an existing product that has improved in terms of quality or quantity. Therefore a press release is put out to inform the market or consumers about its new, improved quality, quantity, and other necessary qualities.

Most companies usually take time before they decide to rebrand. They take time because, if not executed properly, it may change illicit negative emotions towards the brand, cause confusion, and damage the image of the brand. Therefore companies put out rebranding press releases to inform their customers and potential customers about the details of the changes, the reason for the changes, and the dates of when the changes take effect.

Whenever a company relocates into a new business premise or opens its first office, it puts out a grand opening press release. This press release gives the public details about the location, the date of the grand opening, the personalities expected to be in attendance, the nature of the celebration that will take place to mark the opening, and the reason that informed the decision.

It is important to put out this type of press release whenever companies merge because it also serves as a marketing strategy. A press release of this nature seeks to inform the market of the portfolio of the two companies, the goal of the partnership, the beneficiaries, and other necessary details that may be important to their shareholders and potential shareholders.

Events usually rely on press releases because they effectively market the event since media outlets tend to turn it into a news item, especially when public figures are expected to attend. This press release contains details such as the venue of the event, the demographics of the attendants, the date and time of the event, and other relevant details.

Whenever companies are going through acquisitions and mergers, they put out a press release for the sake of the stakeholders. The details required in this press release are the company profiles, quotes from executives, and information about the action being taken.

Most companies have an executive that is usually viewed as the embodiment of the company. Therefore, executive hiring press releases are important because it is important for the public to be notified whenever a company hires such an executive. In addition, this type of press release is mostly loved by journalists because they get to interview the new executive since they are more interested in press releases that feature quotes from executives or public figures.

Most businesses exist in industries where there are other similar companies, and they are all competing for market share. As a result, companies in competitive industries usually invest huge sums of funds for marketing to ensure they are more visible to consumers and, as a result, grow their sales and market share.

This opportunity is taken advantage of by the use of a press release. This type of press release usually features details about the award, the venue of the award ceremony, why they were awarded, and what it means to get that award.

How To Write a Press Release

Here are seven steps to follow in order to write a successful press release:

If the story being told isn’t engaging to the intended audience of journalists, even a well-written, tailored press release will fall flat.

To create a clear and alluring headline, use the major benefit from your press release. Tell the media how important your news is.

The title needs to be intriguing while being simple to read. Expert essay writers frequently devote as much time to crafting a headline as they do to writing an entire essay. If you’re lacking ideas, browse your preferred blogs and online news sources, paying close attention to the titles that entice you to click through to the article.

Write a single statement that supports the header and provides a brief summary of the full press release’s content.

Mention the date and the city and state of your organization in the opening clause. Then, in your first paragraph, you should provide an engaging response to the “who,” “what,” “when,” “where,” and “why” queries.

Continue with references, data, research specifics, and case study excerpts. Explain why your announcement is important to readers of the reporters’ publications in the first sentence.

Then, use your release’s supporting body copy to add details and vivid statements from company spokespeople. It won’t do to merely state the obvious or sound congratulatory.

When preparing a press release, firms frequently make the formatting error of making the release overly lengthy. Don’t try to jam everything under the sun into your press release, advises Michelle Garrett, a PR expert at Garrett Public Relations. Giving an overview and a few important details about what you’re announcing is the goal of a press release.

Include one or two quotes from executives and/or customers, she continues. then make sure to offer links to websites where readers can find out more. Aim to keep your press release succinct, engaging, and direct.

Structure of A Press Release

How To Write An Irresistible Press Release Title

The first thing you need to do before writing a press release is to be sure of the message you want to convey to your target audience. Your title needs to be professional but also irresistible, just like the titles in blogs that end up diverting your attention. Journalists receive numerous releases daily; therefore, your title needs to come across as irresistible to the first person it comes in contact with, the journalist.

Do not use complicated English words that will give readers a hard time understanding what you mean or the message of your content. The words of your title should be understandable at first sight. By using action verbs, you can keep the attention of your target audience on the main message of your press release.

An example of a press release title is “Introducing the New Titleist AVX Golf Ball-High Speed, Longer Distance, More Control. This press release is simple and brings out the content’s core message even before a reader moves on to the details. The title alone gives details of the golf ball.

A Straight To The Point Summary

These bullet points are the main determinants of whether journalists will make your press release part of their news bulletin. In so doing, your bullet points are meant to communicate the agenda of the release straight away.

Readers have other things they want to read; therefore, having a bullet point section helps them skim over your release. That is why the relevant data needs to be included.

How To Insert Credible Quotes In a Press Release

Journalists usually want to make company executives, public figures, experts, and great companies part of their news. Therefore having quotes from one of these in your press release will be an advantage to having the media run your press release.

Therefore ensure your press release has quotes from a known official from your company.

On the other hand, a press release to promote a business partnership requires quotes from stakeholders of both parties.

To make your press release more interesting, you should consider adding information around the topic of your press release. Journalists are usually viewed as credible sources of information. One of the ways that they can achieve this is by proving to their audience that they are extremely knowledgeable about the news item they are presenting. Unfortunately, this does not come easy because they need to put in the time to do extensive research about their news item. Adding data to your press release spares the journalists’ research time and makes their work easier.

A press release serves its purpose more effectively when it does not feel like the company is trying to promote its brand. Adding data in the press release helps to avoid this scenario.

A good example of providing data is when a food brand wants to launch a new snack brand, it will be important to provide data about trends in the snack industry.

Up to this stage you have learned how to write a press release, we have a also composed abroad post on the elements of a press release that you sacrifice good time to go through.