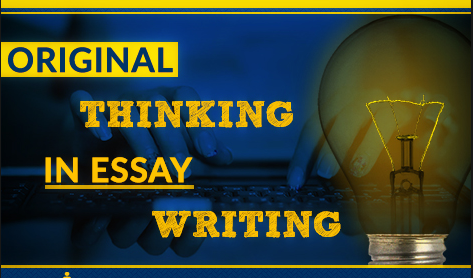 The task of writing original essays is often daunting to learners, and with information all over the internet, plagiarizing stand a high chance . It is true similar topics on written essays are all over the internet at present, and because most students do not have a clear understanding about what plagiarism is, they could be charged unfairly for what they know nothing about.

Have a clear definition of the term “Plagiarism”

Instructors have a role to make sure that at the beginning of the semester, learners are introduced to the term verbally and practically during the syllabus. Instructors should provide students with a clear definition of what plagiarism is and what is considered normal by combining sources. The definitions of plagiarism may differ from one faculty to another or from a single course to another but it is very important to still make students know of what is expected of them as the course progresses.

Teachers and the institution at large are authoritative figures which can help a student avoid plagiarism at all costs. As authoritative figures, instructors can help learns shape their attitude towards plagiarism. In helping learners, instructors can design course programs for each course in a manner that seeks to eliminate all temptations to plagiarism. This can be made possible by having students provided with reliable research sites in which they could get almost everything they need to complete their assignments.

At the same time, the teacher could help prevent plagiarism by designing a careful instruction that shows learners how to give credit to authors whose information has been used to make the paper. instructions such as how to cite using all citation styles should be given to students so they can know what is expected of them.

Apart from citing page numbers and citing inside the text, students should also be taken through how to create a bibliography section. Students at times are aware of what is expected of them from citing to creating a bibliography section but they would easily break the rules, submit plagiarized papers assuming their instructions would not notice. In such an instance, the school could also use another authoritative figure of the parent. Additionally, the psychology of reward and punishment could be used to achieve impact from a student who continues to involve in plagiarism.

Create an alternative attitude for plagiarism

Instead of having the school and instructors built a negative attitude about plagiarism and how it is an academic offense with serious consequences, authoritative figures in school could create a different attitude in students by letting them know how they can be protected by the law after creating original ideas. In this manner, students will realize how the fruits of labor are sweet and would strive to always create developments that are original. In building a different attitude, instructors should purpose to insist on active and creative thinking and making it sound fun to learners.

Additionally, learners should be given a taste of how it could be when they create original ideas and have people steal them after they are protected by the law. They would slowly buy into the reality of benefiting from originality and prosper in their career. By so doing, students would hopefully engage in a more cooperative fight against plagiarism.

Have plagiarism cut from the roots

When students are taken through the harsh facts about plagiarism and how their careers and people around them would be affected if they were involved in the act, they would be more than willing to stop submitting copy pasted papers.

In increasing the awareness of students about the concept, the higher the chances of having students engage in the least act of paraphrasing. Every bad habit can only be cut from the roots and in this case, the root is having learners know the harsh reality of what is not expected of them. In doing so, instructors can be sure of cutting instances of plagiarism permanently.

Additionally, having writers taken through the compact view of the concept of plagiarism is a way to cut it from its roots because learners will no longer have multiple descriptions and views about what plagiarism is. Having a compacted view is very effective is ending instances of plagiarism.

Presenting the downside of plagiarism

In definition, plagiarism could be seen as theft or an obvious way of cheating. This is so because when an individual is reviewing another person’s article, he finds it hard to spare some time to mention the original author of the article. An obvious way is a conscious way which means it was done intentionally where the doer knows really well that he is stealing but still goes on to test whether he will be caught.