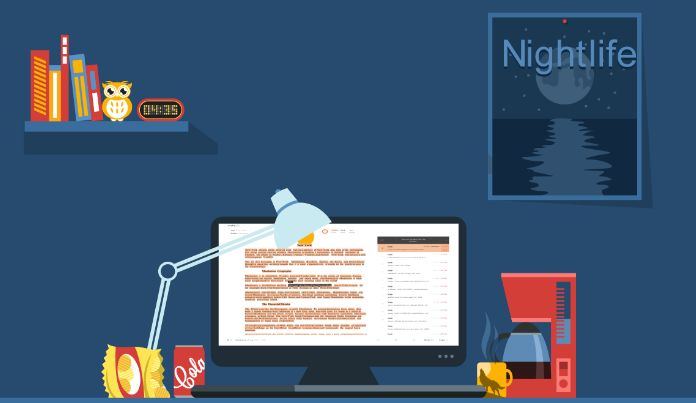 Plagiarism has been addressed as a problem and an area that needs global concern. This has been the case because people have been found plagiarizing by stealing words, ideas, sections of texts, words in poems and songs and what makes this worse is that those who are found guilty of borrowing such information are proud to use borrowed texts as their achievements.

When an individual is found to have plagiarized, they are paraded to the public and have to deal with the serious consequences attached to plagiarism. Some of the consequences of plagiarizing include;

Before the introduction of online plagiarism tools, it was almost difficult to prove that your work is plagiarized. Even with these tools, there is a slight chance of coincidence that what you have developed will match somebody else’s development. Plagiarism has been painted black over the years but it is also a coincidence that this fact has the right to survival because people are allowed to borrow ideas but still stay away from plagiarism.

When is plagiarism useful

Plagiarism can be useful and this means that not every time one is caught with plagiarism it is considered a crime. Just like the world goes round, so is our lives a cycle in nature. People develop thoughts, pass them to people who repeat and build on the same ideas using different methods and research options and the cycle goes on. These repetitions can be observed in the way we dress, in arts, in singing as well as other types of literature and writing, therefore, is not an exception.

It is very common to find writers use ideas of people without knowledge and conclude on their writings from individual observations. In using other people’s words, writers engage in exploration research to combine many materials of predecessors who have spoken about the same concept. In this case, they might plagiarize without knowing and this result can be treated positively at the societal level.

Here is a very simple explanation. Any time an idea is built on by two or more minds that are not connected, the idea could thrive and thus having it being repeated with new people developing similar ideas independently. Taking, for instance, a study about cancer performed in the UK and in the US. Many scholars have looked at the prevalence of this disease with a similar outlook in the context of the globe and their achievement brought together cannot be viewed as plagiarism.

Cancer as a disease that cannot be comprehended by humans is a prominent discussion that has authors discuss how entire humanity can change their lifestyle. In addition, another instance where plagiarism is considered useful is when one engages in self-plagiarism. Self-plagiarism is an exceptional case as discussed by Samuelson P. a research in the area of Law and Information Management. Samuelson deals with intellectual property rights and provides us with reasons why self-plagiarism is excused.

A researcher might have made previous achievements in research and might develop another research in a manner to restate what he has managed to achieve in the past. In this case, the original text acts as a foundation for any research that follows and therefore if there is any content that appears in the previous research then it should not be considered as plagiarism.

There is also another instance where self-plagiarism should not be considered a crime. This instance is when there is need to present the idea to a new audience in a different environment. Instead of doing another research, a researcher can borrow words from the previous composition and present it to the new audience and this type of self-plagiarism is permitted.

A final excuse where a writer is allowed to self-plagiarize is when the author considers his previous text too perfect and paraphrasing it may make it hard for him to bring out the main idea. Self-plagiarism can be done in poetry because sometimes poems cannot be paraphrased and have the main idea running.

However, in as much as plagiarism is useful and not punishable in certain instances, professional writers can be sure to follow certain principles and ethics of professional writing. This can be done by following the tips below;