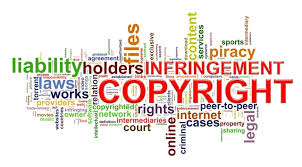 Most University and College English departments in accordance to the law have always insisted on the strict standards of ensuring academic honesty in every course. The laws that surround plagiarism have been created to control the issue not only in universities but also among professionals. It is very common to find students who have committed the plagiarism offense deny that what they have done is a crime and a majority of them also deny that plagiarism could affect their studies or even cause them to be expelled from school.

According to the law of education, institutions of learning are expected to have a deliberate action on student’s conduct. There is also a wide misconception that plagiarism is an academic offense but this article points to another fact of intelligence theft being a legal offense. In as much educational institutions have the authority to punish individuals found guilty of plagiarism, the universal copyright law also makes plagiarists liable to punishment by the state law.

Most Universities punish students by retracting their degree that is already earned or expel the plagiarist from the institution but this article is developed to make the public believe that plagiarism can also be punished by law.

With the copyright law, the original author or the victim of plagiarism is given the authority to sue those found to have stolen his work. In 1989, the 11th of March, it was stated that every work developed in the US is thereby protected by the American law and whether or not the document contains a copyright notice, any individual found guilty of theft should be answerable to any American courts. Every time you are using somebody else’s work, you can be sure that the work is protected by copyright law and stealing word to word ideas makes you answerable to the law. Copyright law is one of the disciplines that have been created to tame or discontinue plagiarism but most people have just decided to overlook the law and resort to fabricating documents already developed by other authors.

What is Plagiarism and Its connection to law?

A higher percentage of the public is not aware of intellectual property laws and these laws have been made available to everyone through the internet. Just as it has become easier to find any document of choice on the internet and other online platforms, it is equally very easy to find intellectual property laws and protection online. Because the law protects the original authors of documents, there are legal consequences of plagiarism. Individuals found guilty of intellectual theft face serious consequences other than being expelled from a learning institution. Those found guilty of fraud may be fired from their places of work and even find it hard to secure employment in another institution in the future.

One of the largest financial damage of plagiarism from lawsuits was in the case of Michael Bolton, the author of the famous song ‘love is a wonderful thing’. The song was found to be plagiarized from a song written by Band Isley Brothers in the previous century and the court charged him with up to $5.4 million making his plagiarism case the largest in the music industry.

In other cases where copyright laws apply, the plagiarist is taken through a criminal prosecution. This may include small fines while serving a jail term or a community service or also having to go through a civil case. There is a possibility of going to jail because plagiarism is an issue that revolves around civil right, civil laws, and property laws. An example; a man was issued with an admission to Harvard University after he received scholarships and awards from forfeited test scores and plagiarized essays. The same man was put on probation and at that time found guilty of plagiarism again. As a consequence, he was expelled from the University and put on a two-year jail term in prison.

At the end of the day, the only one thing that can be said is that plagiarism is a violation of the law and one might end up facing negative and costly punishments as a violator. Because of the strong and negative punishments, we strongly advise students and other professional writers to always make sure that their developments are original and in the event, you borrow an idea, make sure creativity runs throughout your work.

Sometimes, one case of plagiarism might damage your entire career leaving you at the brink of survival. Therefore, always write your work with caution and we promise that you will never find yourself in trouble.