To be precise Periodicals are; Magazines, newspapers, and scholarly journals. While citing periodicals in MLA one is required to consider the main elements that are the author of the article, the title of the article, information about the magazine, newspaper, or journal. The MLA style use the term “container” to refer to any print or digital venue like a website.

The following format represents how all citations should be.

Article in a Magazine

Start off by entering the article’s author, then the title in quotation marks, followed by italicizing the periodical title. The sequence is then followed by the date of publication and in this case abbreviate the month. An example goes as follows:

Articles in a Newspaper 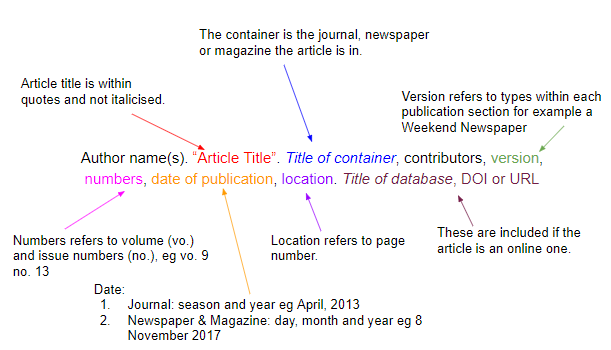 A newspaper adapts the same format of citation as that of a magazine, but the only different appears on the pagination part. Remember because a paper can have different edition on the same date then it is recommended to identify the edition after the newspaper title.

In other occasions where the newspaper is not popular or it is locally published, then one is required to add the city in brackets after the title.

When citing a review one should write the title of the review (if provided), followed by the phrase, “Review of” and then illustrate the title of the work (italicized if it is from a book, play, and film; and in quotations if from articles, poems or short stories). Finalize by providing the performance and publication information.

An Editorial & Letter to the Editor 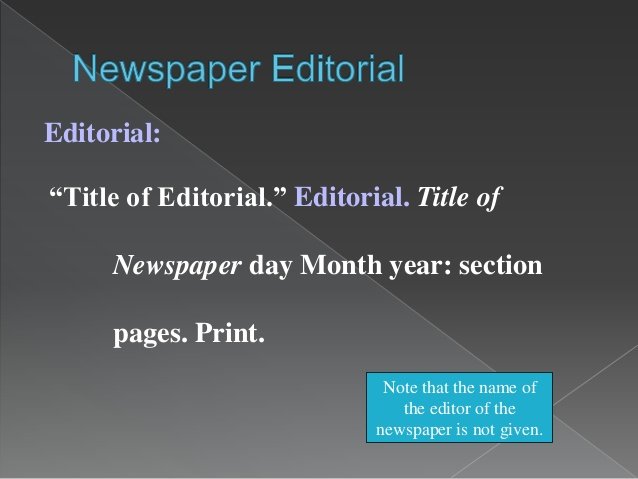 It is also cited as any article would be cited but one has to include the designators “Editorial” or “Letter” to clarify the type of work it is.

Start with citing the title of the article, and then continue the other parts as you would prepare any other periodical.

An Article in a Scholarly Journal 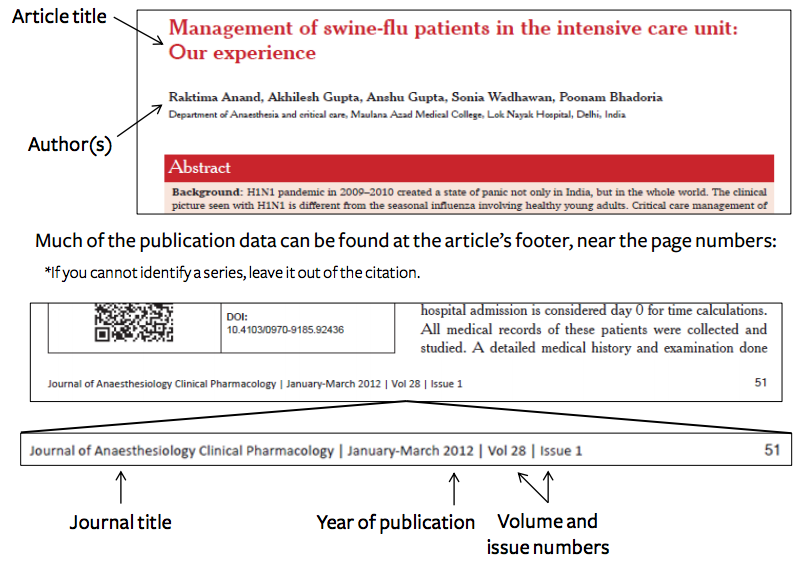 It advisable for one to consider a scholarly journal as a container, or collections of short stories or poems, television series, or a website. A container can be described as an entry that is part of a large body of works. For this apparent reason then one is recommended to cite the author and the title of articles as you would normally. Put the title of the journal in italics and include the volume number (“Vol.”) and issue number (“no.”) wherever needed, separated by commas. At the end add the year and page numbers.

An Article in a Special Issue of a Scholarly Journal

Website citation has the same format and should include URLs, DOIs, and permalink,
<\p>