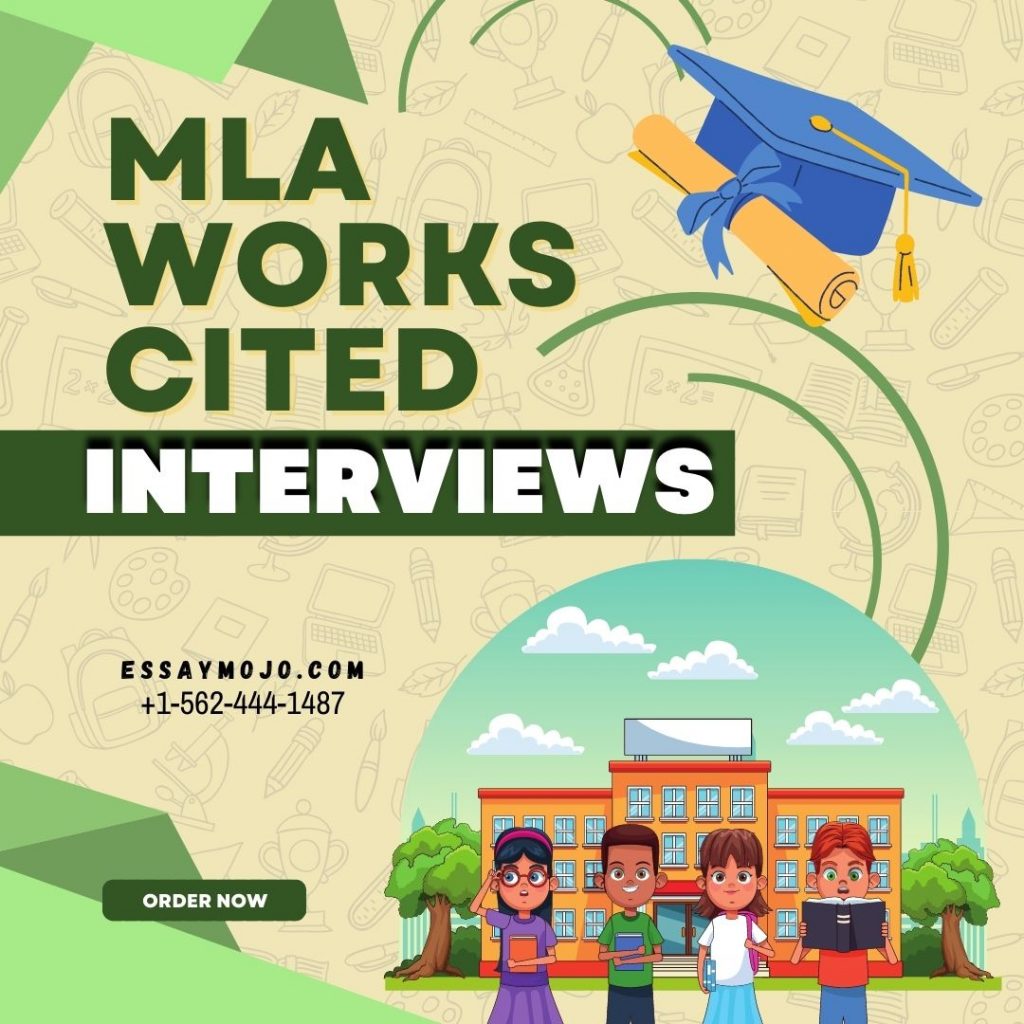 In today’s world, one can find a variety of sources with multiple ways of citations. Example of these sources are; the ones that appear in different formats e.g. DVDs, music, T.V shows, Published and unpublished interviews, interviews done via the e-mail; and conference proceeding that may be published or unpublished. In this section, we will be able to group any sort of citation that does not lie under the print, periodical or the electronic sources.

The recommended format for these sources is as follows:

Interviews are divided into two categories: print or broadcast published and unpublished or personal interviews.

Ensure the full name of the interviewee is listed sufficiently. In case the name of the other is included in the main work e.g. the book, television programs, or a film series, enter the title of the interview in quotation marks. The title of the larger work should also be entered in italics. In situations whereby the interview appears as an independent title, then it is supposed to be italicized. Whenever one is citing books, enter the author or editor after the book title.

It is important that one should adapt and name the interview as introduced by the interviewee. In case the interview has a title on it then it should be put in quotation marks. The remainder should also be cited to follow the format that is used for other web details. The name of the website should appear in italics, provide the  name of the publisher or sponsor, the date of publication and end with the URL.

Present the name of the speaker and then enter the title of the speech (if provided) in quotation marks. Present the title of the conference or meeting being held followed by the name of organization. Mention the venue and its city and use the descriptor that describes the presentation that is being cited (e.g. Address, Lecture, Reading,Keynote Speech, Guest Lecture, Conference Presentation).

It is imperative to note that a published conference proceeding is cited as a book. Whenever the date and the location are not included in the published title then one is required to add this information at the end of the proceedings.

A Painting, Sculpture, or Photograph

Instances of photographic reproductions of the artwork like (an appearance of images of artwork in a book) cite the book or website as a container. Note that in the case of a second container, the title is comes before the contributors. Use the citation shown above then followed by the information for the source where the photograph appears, adding the page or reference numbers (plate, figure, etc0

A Song or Album

Several ways can be used to cite Music; this highly depends on the container that one accessed the music from. Normally, most citation are required to start with the name of the artist. Music could also be listed by composers or performers. It is in order to ensure that one enters the information concerning the composer and performer after the album title. Mark individual songs titles in quotation marks. Remember to italicize the album names and end the citation with entering the name of the recording manufacturer then the date of publication.

Any information such as that of the record label and the name of the album that is not availed is not required to be listed.

In order to emphasize on some performers of directors then the citation should start with their names and then followed by the title of that person.

Recorded television episodes should be cited as films and an example is given in the text above. One should start with entering the name of the episode in quotation marks, then the name of the series in italics. If the title of the collection of the recordings differs with the original series then one is advised to enter a list a title that would be aid the reader to locate the recording. Finally provide the name of the distributor followed by the distribution date.

Start off by listing the title of the episode in quotation marks, then the name of the series or program in italics. It is also appropriate to mention the network name, call letters of the station followed by the broadcasting date and the city of broadcasting.

The example below shows how theyshould be cited:

The following shows the format of citing an entire TV show:

A Specific Performance or Aspect of a TV show.

To emphasize on a specific aspect of the show requires the inclusion of that specific information. If there is need to write about a specific character in a certain episode one just needs to include the name of the performer and the creator.

And in case there is need to emphasize on a particular character, one should follow this format.

Dickens, John, performer.The Other Side of Me. Deedle-Dee Productions and Universal Media Stdios, 2010-2012

Spoken-Word Albums such as Comedy Albums

They are cited the same as musical albums.

First, it is important to identify the type of work supposed to be cited e.g. article, image, sound recording and others then cite as required. It is essential to end the citation by classifying the digital format (PDF, JPEG file, Microsoft word file, MP3). In case the <a href=”https://essaymojo.com/mla/mla-works-cited-periodicals/”>citation does not follow the primary parameters of citing</a> then one is required to give the name of the author, the name of the work, creation date, and the location

Smith, Veronica. “Precious Moments: It Feels as if we are at the Moon.” <em>Microsoft Word File</em>.

Program for administering Finance Audit, Business Commerce and Financial Controller.Framework that decides on the Audit.CWPA, NCTE and NWP, 2005, wpacouncil.org/files/framework-for-success-postsecondary-writing.pdf.