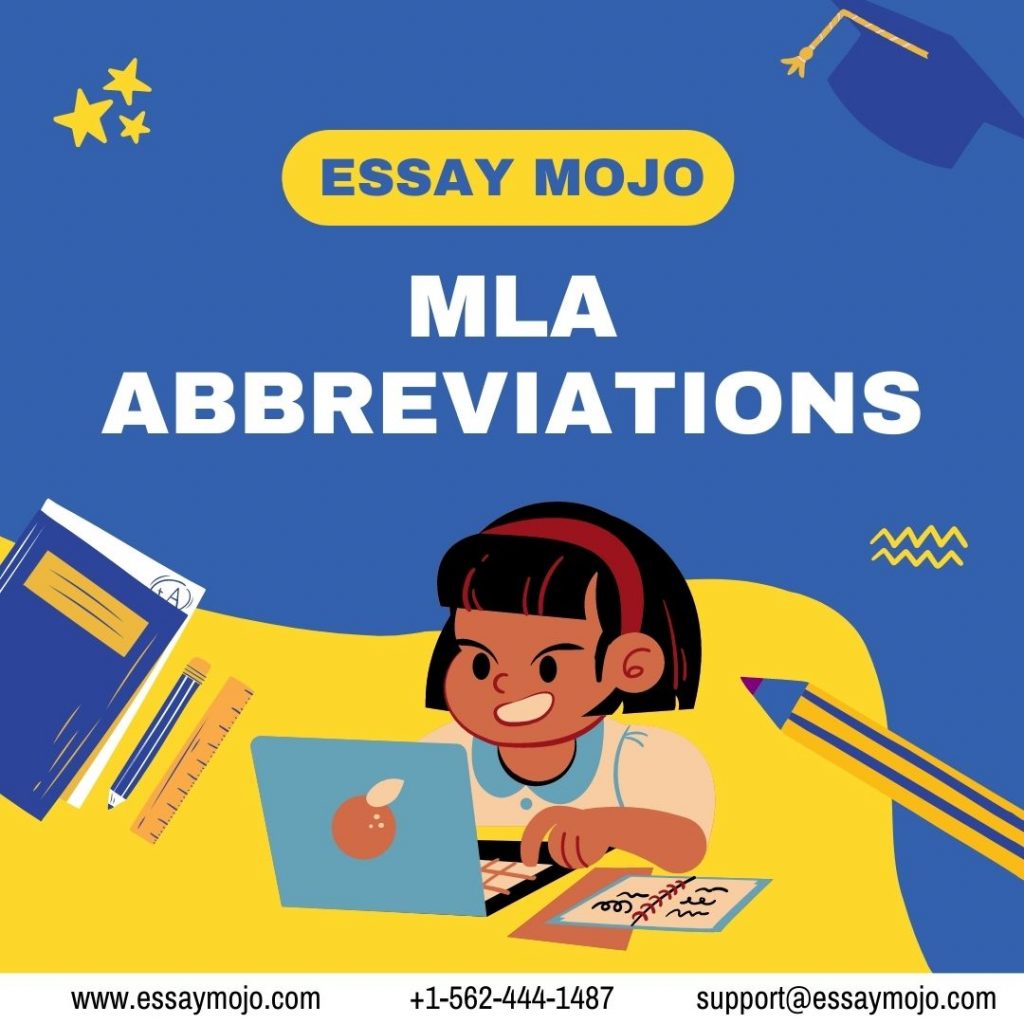 Use of Abbreviating Sources in MLA Citation Style, 8th Edition

One should understand that there are some similar patterns that are used in abbreviating sources in MLA. In order to get a wide picture and relevant information about the common abbreviation used one is advised to visit section 1.6 in the MLA Handbook (8th ed.).

A writer should not consider using periods or space in abbreviation that are composed of capital letters except if it is a proper name.

If a name is composed only of initials then no periods and space are used.

It is a recommendation that one adds a period after an abbreviation that ends in a lowercase letter. In the case of an internet suffix employ the period before the abbreviation:

Degrees do not apply the lowercase abbreviation rule.

There are letters that are abbreviated but each represents a word, for these set of words use a period between the letters. 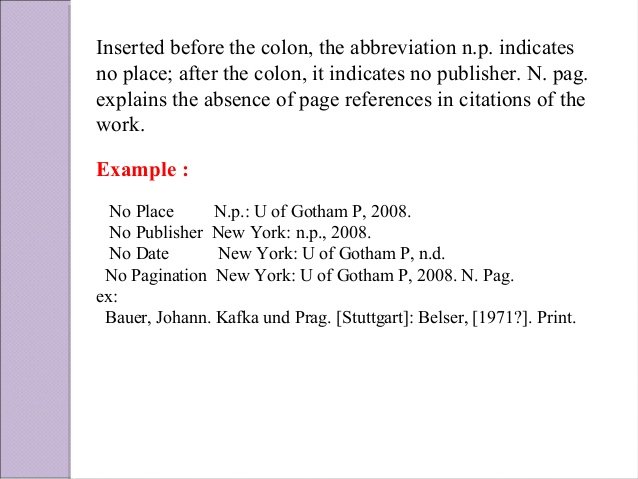 Abbreviation in citations are basically used to shorten them well known as condensing.

Months of the Year Abbreviations.

It is paramount to understand the pattern that is used in abbreviating the time and location while citing. Usually, one is supposed to abbreviate a month that has more than four letters months (Jan., Feb., Mar., Apr., Aug., Sept., Oct., Nov. and Dec)  as shown below, the months with fewer letters, e.g. May, June, and July are not abbreviated. 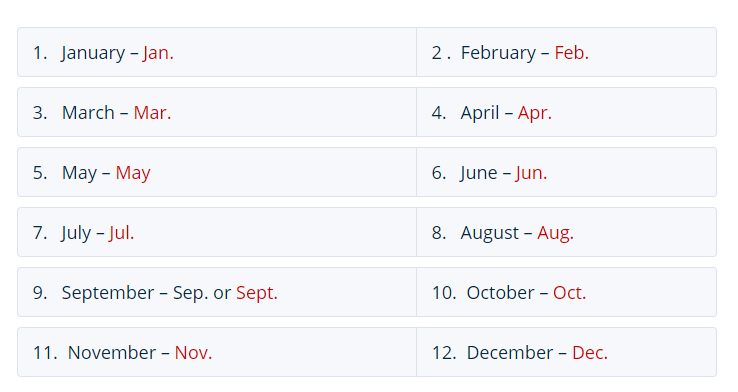 and for seasons of the year especially in North Pole and South Pole countries example in North America is Shown In the Figure Below.

other Abbreviations of time 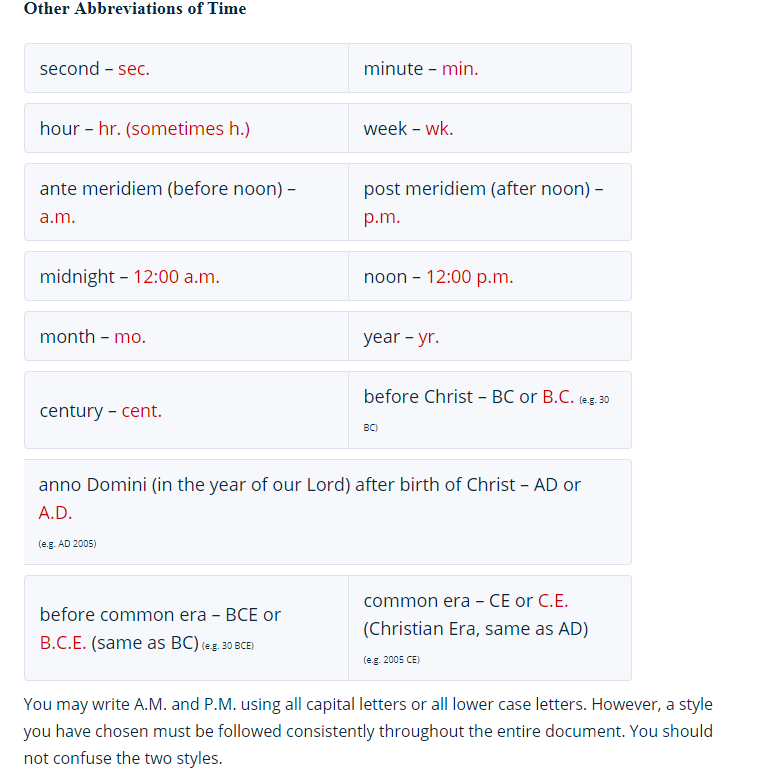 It is a recommendation for one to use geographical names of states and countries and abbreviate the name of country, province, and state.

To gain more knowledge in scholarly abbreviation consult section 1.6. 3 of the MLA Handbook (8th Ed.). Other examples include:

MLA (Modern Language Association ) style is majorly used in citation of academic papers and other form of research papers among writers. Hence, ensure that all the MLA formatting rules  and publishers names are followed adhered to the latter. 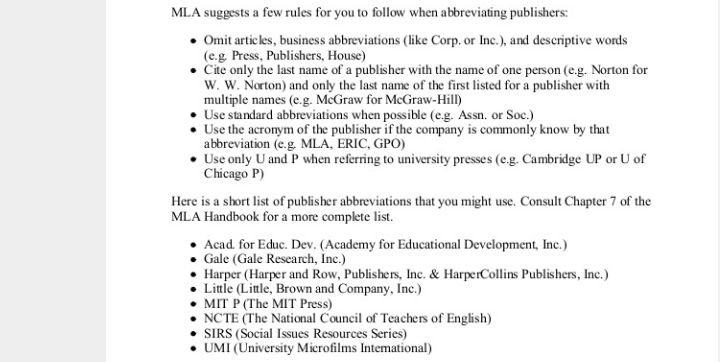 NOTE: Ensure that the publisher’s names are listed in full as they are presented in the title or copyright pages. Example of a fully named publisher is London Publishers.

There are other exceptions though:

A writer should always take note on the following abbreviations and make sure they appear that away: