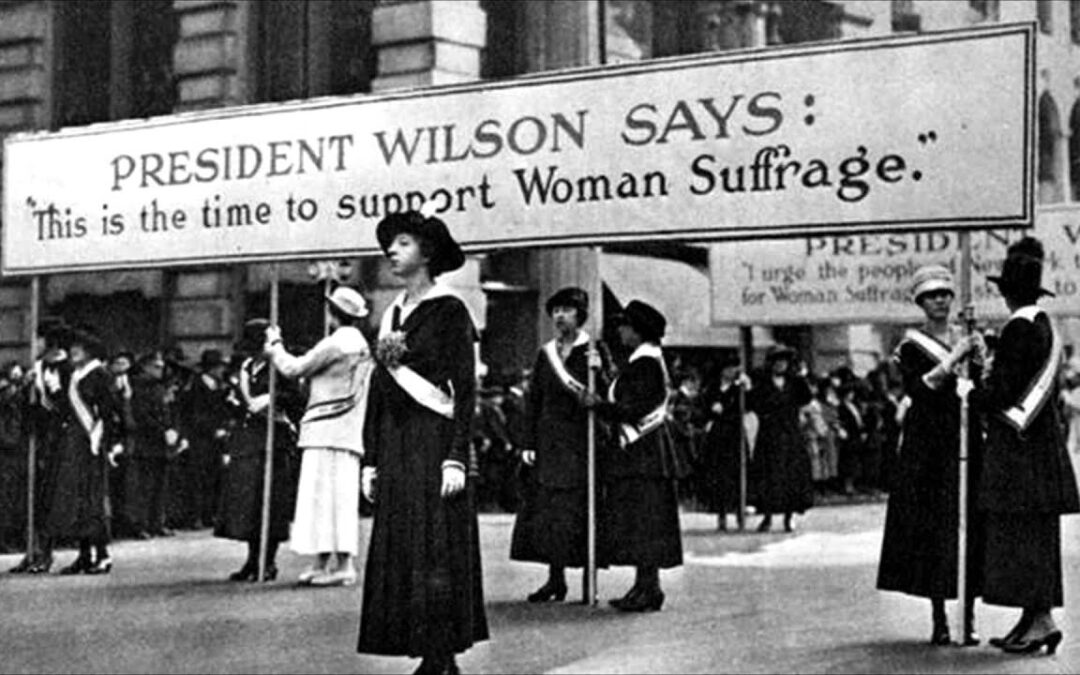 The women’s suffrage movement was a social movement that advocated for the right of women to vote. This is one of the most important changes in America because it allowed people who had been excluded from voting to have an equal voice in government and society. Although there are still many barriers, such as race or socioeconomic status, this was a revolutionary moment for American history.

The wake of the mid-19th century culminated in the formation of a movement that came to be known as the Women Suffrage Movement that fought for women’s rights to vote and run for electoral positions. In America, the women’s suffrage movement achieved its prominence after the inaugural convention for women’s rights held in New York in 1848. The pioneers of the movement who were also active members of the abolitionist movement through their collaboration emphasized gaining suffrage.

However, after the convention, it didn’t stop at that as women suffrage supporters worked hand-in-hand to enlighten the public about the authenticity of woman suffrage. As a matter of fact, through the then pioneers, the women suffragists propagated appeals and lobbied Congress to confer an amendment on the constitution to emancipate women. Similarly, the women reformers championing the women suffrage movement in the club and settlement house movement strived to enact legislation reforms. Finally, however, the movement realized that they required the constitutional right to vote to attain tangible reforms.

Concerning that, the women’s suffrage movement provided a peculiar window in the emergence of women into American political life. The women suffrage movement did not mean that only women were involved; men too were suffragists. The movement depended on men for their votes to continue championing their main agenda. Some of the amendments were virtually men-driven state legislations as courageous men risked being ridiculed in the men dominance society. According to the women’s suffrage movement, America was now endowed with a new cultural heritage, covering historical personalities, legendary exploits, and extraordinary personal figures.

Despite the true women’s equality and freedom not yet attainable, the women suffrage movement has offered a new generation of activists a firm foundation for the future would be built. By the turn of the twentieth century, the women’s suffrage movement enabled women to enroll in colleges and train for professions presumed to be male dominance, such as law, medicine, and corporate.

The culmination of the women’s suffrage movement opened doors for women to take economic roles and make a mark in society. Based on that fact, there are more educational opportunities for women; the movement led to women receiving higher salaries even though not at the same level as their male counterparts. Furthermore, based on the women’s suffrage movement, women could now use their newfound rights to campaign to enlarge social policies formulated during the Progressive Era. In the wake of the 1920s, the collaboration of fourteen women’s rights organizations led to the formation of the Women’s Joint Congressional Committee.

The main agenda based on the spirit of the women’s suffrage movement was to lobby for the federal level of social welfare legislation assertively. As a result, the organization led to establishing a mother’s pension program for the less fortunate women and children and industrial reforms, for instance, child labor laws.

In Conclusion; The women’s suffrage movement was a pivotal point in history, and it is essential to learn about the events that led up to this momentous shift. For social change to occur, there has always been one thing that is needed – people willing to risk everything in pursuit of justice. These courageous individuals risked their physical safety, their careers, and even their lives so others could have equal rights under the law. We owe them our gratitude which we can show by standing with those still fighting today for gender equality across all industries. Who will you be at this year’s Women’s March?