Why Socrates Was Executed Essay

Why Socrates Was Executed Essay 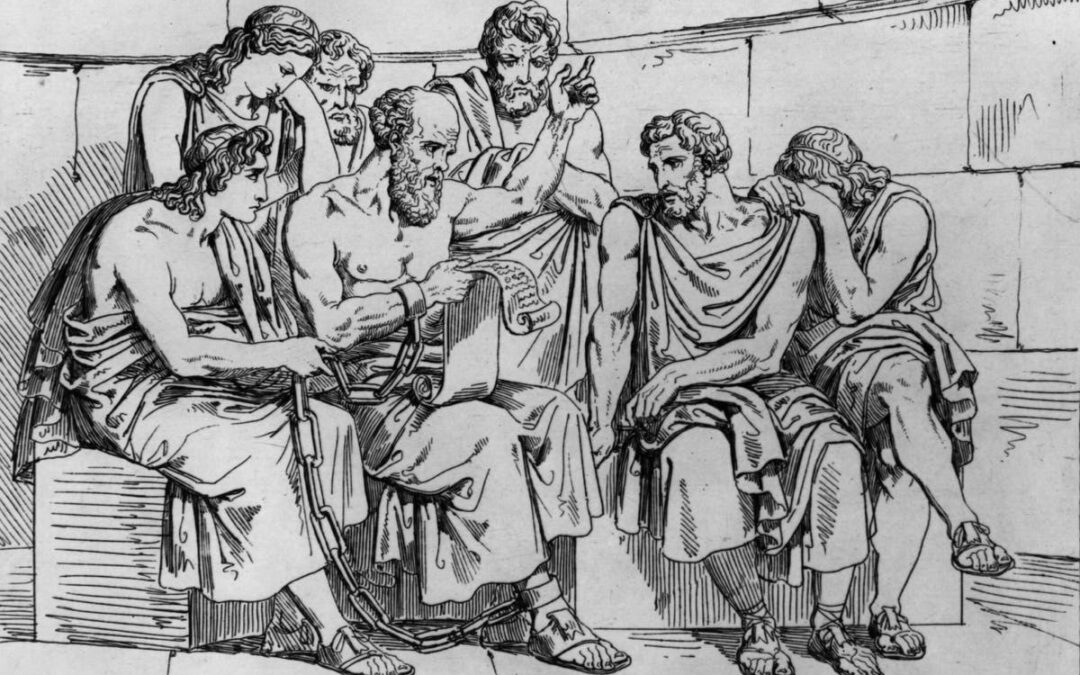 The question is often asked, “Why was Socrates executed?” This article discusses the possible reasons why he was executed. The main hypothesis is that Socrates may have been a political threat to Athens because of his teachings on justice and morality.

Socrates was born in Athens in 470 B.C. Socrates was a classical Athenian intellectual philosopher, and his work laid the foundation of contemporary Ethics and Western philosophy. Socrates was a very controversial figure in Athens and was not liked by many, especially the ruling elite. Athenians associated Socrates’ teachings with sophism

. At that time, sophists were men with obscure reputations and earned a livelihood by teaching fallacious discourse, imposing public credulity, and propagated immoral doctrines. Socrates did not record any of his teachings; his works are primarily known from the writings of his students Aristotle and Plato. At that time,

Socrates was particularly disliked for he openly challenged anyone’s thinking through endless Socratic dialogue. In addition, Socrates publicly questioned the gods that the Athenians worshiped at that time.  A possible source of resentment could be with regards to political views that Socrates and his associates held. Socrates himself openly espoused anti-democratic views. The most prominent one is the view that professional policy and genuine knowledge possessed by few yields correct policies rather than majority opinions.

Plato’s accounts of Socrates portray him as being severely overcritical of some well-respected and prominent leaders of the democracy of Athenian. Moreover, Socrates claimed that officials appointed by the Athenian system were not credible and could not be esteemed as benefactors since the system seems to benefit the minority than the majority in society.  It is reported that two of his students had briefly tried to overthrow the democratic government of the city, resulting in terror under which thousands of city dwellers were banished and deprived of their property.

Moreover, Socrates was known often to praise the undemocratic regimes of Crete and Sparta. Besides his political views, Socrates upheld unusual religious beliefs and severally made claims of his personal spirit.  In essence, Socrates’s open criticism of prominent politicians created many enemies. In addition, Socrates was made a scapegoat for a sequence of disasters that had stroke Athens such as droughts, floods, and military defeat.  Therefore, most citizens would have seen these events sign that their gods have been offended by Socrates’ legitimate questions on the gods.

It follows then that Socrates’s trials and execution took place in Athens in 399 B.C. at the age of 70, Socrates, the father of Greek philosophy, was put on trial. Socrates, the philosopher, stood before a jury of 500 Athenians and a crowd of spectators accused of corrupting the youth of Athens and impiety. Socrates’s three accusers were all prominent members of the Athens political scenes.

Although, each was allotted time to present their case. Instead of defending himself, Socrates question the legitimacy of the trial. After hearing Socrates and the accuser’s arguments, under the law of Athens, jurors did not deliberate but instead voted with an urn that indicated “guilty” or “not guilty.” So the jurors voted.  Socrates, the great philosopher, was found guilty by a vote of 280 against 220. While the jurors deliberated on Socrates’s penalty, a death penalty was proposed by his accusers.

On the other hand, Socrates was also presented with the chance to defend himself.  Under the Athenian system, a defendant could suggest his penalty. At first, Socrates humorously proposed that he should be charged for his actions. When further pressed for a justifiable punishment, Socrates eventually told a moderate sum.  Altogether, the jury decided on a death sentence for Socrates. So, Socrates was put in a nearby jail. Under Athenian law, his sentencing would be drinking a deadly portion of the hemlock plant. So Socrates would be his executioner. Thus, Socrates died a hero to one group and a villain to another.

In conclusion, Socrates is often considered one of the most important philosophers in all of history. He was a classical Athenian intellectual philosopher, and he taught through dialogue and conversation with others about how to live a good life. Many other intellectuals have examined his ideas since his death. However, there are still aspects that can be debated today – such as whether or not an unexamined life can be worth living truly.