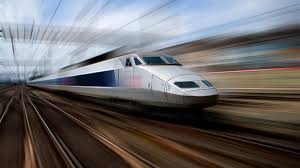 Many people who enjoy easy and efficient transport in the present have no idea about the foundations of modern transport. Traditionally, basic methods of transport included the use of railroads and trains. Trains assist in the expansion of the number of people moving to the west. Before train transport was introduced, people rode on horses and experienced long journey because the horses they used would tire.

Shortened Hours To Move To The West

To begin with the introduction of trains, people were able to move to the west in hours unlike days, weeks and months using wagons and horses as means of transport.

Introduction of good trains made it possible for fresh products like flowers and food as well as meat to be delivered efficiently into the country. Before train and rail road introduction, meat and other fresh produces would spoil even before the trip begun. Railroad and train introduction in a nutshell stimulated economic growth because of the new trade concept as people in America and other countries were able to transport items that initially were difficult and impossible to transport.

Another key factor in the introduction of trains and rail road transport in America lies in the modern use of standard time that is used till now as well as the time zones. Initially during horse and wagons transport, businessmen and the world at large used solar time which was dependent on the position of the sun. With railroad and train transport introduction, businessmen could not travel in terms of hours with the help of time zones which caused lesser problems. Before train introduction, it was not possible to travel a short distance in a short time and that is why the solar timing worked just fine.

Introduction of a Nationwide Transportation Network

Once train and railroad introduction was completed, there was the introduction of a nationwide transportation network that brought together the whole of America. Because of the four time zones and the standard time system, the economy of the United States doubled because of the unity evident in its citizens. The new transportation network acted as a replacement of the trains and wagons that had become useless over the decades.

The new network of transport permitted transportation of large amount of goods for longer distances thus connecting businessmen across America. This outcome was helpful particularly in the industrial north time. Even in the high level connection that was brought by train and railroad transport, America was still divided to some extent. The division was evident during the civil war, but the transcontinental railroad helped in bringing citizens of America together therefore making the country to be the world’s super power.

For those who have wondered how America became the world’s super power, it was during the time of introduction of railroad transport and trains. Trade increased between nations and states and at the same time, the United States opened its boundaries to start trading with people from other continents.

In the event of increased trade, United States increased in wealth since it would export goods worth 50 million dollars every year. It was at this time that the West started catching up with the way of life of the Easterners more than before since more and more people would be transported to the west with more products produced in America shipping to the West.

With all the positive outcomes brought by the introduction of rail road transport, there were two negative effect. The only negative effect I believe was evident in the form of environmental pollution.

Took Away a lot of Money From The Country’s Budget

Additionally, railroad transport negatively affected United States because it took away a lot of money from the country’s budget to develop railroads and purchase trains.