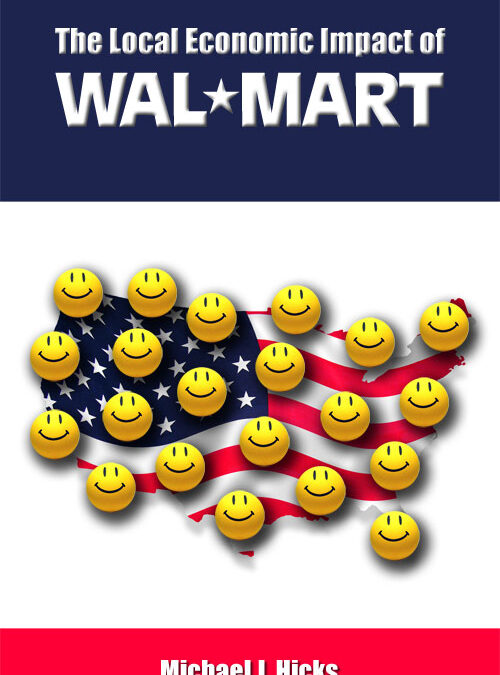 Wal-Mart is the largest retail company in the world, and it has a large impact on local economies. In this blog post, we will discuss Wal-Mart’s role in the local economy. We’ll look at how it affects wages and pricing for consumers as well as its effects on small businesses.

Walmart is one of the renowned largest corporations in the world, with an estimate of more than one million employees and revenues above two hundred and fifty billion dollars. Wal-Mart continuous and steadfast growth traces back to the founders who pioneered in inventing a business model that is captivating and sophisticated supply chain management and proactive cost-cutting measures. In essence, Wal-Mart revolutionized model has indeed shaped local retail and wholesale trade patterns, notwithstanding transportation and distribution of goods and services.

Remarkably, Wal-Mart has a wide range of products sold at lower prices than other competing outlets. Incidentally, Wal-Mart hires many local workers and generates considerable property tax and sales tax revenues for the local communities. However, over some time, Wal-Mart has received frequent criticisms and protest from communities. As such, much of the complaints are rooted in the perception that new Wal-Mart stores threaten indigenous local retail stores.

On account of the economic impact of Wal-Mart, the effectiveness with which these stores link producers with its consumers allowing them to price their goods well below its competitors. Additionally, particularly in the rural areas, Wal-Marts often offer an array of goods for their customers to select from. More precisely, it is evident of ‘Supercenters’ which sell products from groceries to clothing, hardware, and optical services. Wal-Mart’s availability of products coupled with lower prices provides a direct economic benefit to the locals.

The capability of Wal-Mart to sell goods below their competitors’ levels characterizes a profound threat to the feasibility of other adjacent retail facilities. Concerning that, it would be inevitable that some of these new establishments would be pushed out of business whenever a new Wal-Mart sets in, forcing others into downsizing. In instances where other establishments are stocking goods not offered by Wal-Mart, there is the tendency of them being positively affected due to the proximity to Wal-Mart. Such businesses that enjoy this particular privilege include household furnishings stores as well as restaurants. However, during the assessment of Wal-Mart’s impact on employment levels, some fundamental issues are depicted.

Empirical evidence indicates that there is a fundamental change in local employment emanating from Wal-Mart’s establishment. For example, the county level of employment effects over the 1970s and late 1990s indicated that fifty retail jobs were lost to competitors for every one hundred new opportunities developed by a new Wal-Mart. However, creating new employment opportunities is a fundamental indicator of local economic impact, whose net effect is community-wide income earnings. Contrary to this, Wal-Mart’s business model of powerful cost-cutting mechanism and its total disregard towards unionization of its employees reflect their lower pay package.

Based on the worldwide establishment, Wal-Mart generates significant tax revenue from sales tax and property tax revenue. The fiscal benefit derived from the payments dramatically impacts the local government in the local city or county where Wal-Mart’s establishment is located. Therefore, a comprehensive assessment of the budgetary effects on new Wal-Mart needs careful consideration to identify the extent to which the tax revenues as compared to other tax revenues.

In instances where we are considering the effect of Wal-Mart on sales tax, the fundamental aspect is the extent to which customers drift from one highly prices local store to Wal-Mart during purchases. In essence, the entrance of Wal-Mart means that there are high chances of the overall increase of sales leading to a rise in sales tax revenues.

In conclusion: Wal-Mart is the largest employer in America. The company employs nearly 1.5 million people and has a global workforce of 2.3 million employees, making it one of the world’s most valuable companies by market capitalization as well as revenue. In 2014, Walmart donated $230 billion to charitable causes around the world in an effort to help create economic opportunities for their communities worldwide while also investing in projects like renewable energy that can better serve customers’ needs today and tomorrow.” With all this said, Walmart does have its critics who believe that they are too large and don’t offer enough jobs locally or support local businesses when opening new stores across the country. One only needs to look at recent headlines about how some