The History of the Skateboard Essay

The History of the Skateboard Essay 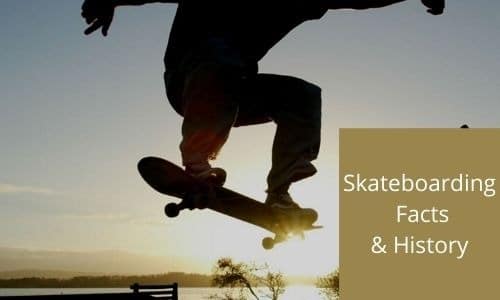 The skateboard as we know it has come a long way in the past 50 years. For many people, surfing was an activity that they enjoyed but couldn’t do year-round because of the weather and location. When surfers would take breaks from their boards, they often used what’s called a “skeleton” or “banana board.” This type of board had no wheels and relied on the user to propel themselves across the ground with their feet. In 1959, Sherman Poppen took this idea one step further by adding two steel wheels to his banana board which allowed him to ride over cracks in sidewalks and other rough surfaces more easily than before. He tested out his invention at Belmont Park where he was working as a car

Throughout the years, skateboarding has been influenced and shaped by multiple skateboarders’ inventions. It’s hard to pinpoint the first time skateboarding appeared. The first origins of the first skateboard have never been accredited to anyone partly because multiple stories from many people existed. However, Skateboarding is thought to have originated somewhere in the 1950s and developed from surfing. The first pioneers had wooden boards with slapped roller skate wheels at the bottom of the board. The 1960s saw many manufacturers like Hobie and Makaha produce boards that had clay wheels. Over time, enhancements like better boards and trucks known as decks revolutionized skateboarding.

In due time industrial developments in skateboarding changed skateboarding from a fun activity to a sports device. Substantial improvements in skateboards marked the 1970s. The kicktail on skateboard decks and the polyurethane wheel were invented during this time. The urethane wheel was better than the initial metallic and ceramic wheels; they were more resilient, tougher, combined with good transitions and enhanced shock absorption. Following such modifications, over time, skateboard decks were also widened to deliver more stability. Unfortunately, safety concerns for skateboarding led to outrageous insurance rates on parks to discourage the same.

Meanwhile, as the interests in skateboarding declined in the 1970s, Alan Gelfand, among a group of skateboarders, invented tricks that revolutionized skateboarding. Alan Gelfand developed a scheme called the ‘ollie’ that enabled him to get his skateboard airborne. The new riding style and art of performing tricks on the skateboard opened new doors for skateboarders. In 1981, the National skateboarding Association was opened 1981. During this period, skateboard manufacturers responded with improved decks in size, shape, and tolerability.

In the 1900s, skateboarding was more popularized and even featured in mainstream sports.  In recent times, the evolution of rump skating and skate parks has transitioned the face of skateboarding to increase tricks. Earlier on, schemes were limited to several maneuvers like riding on only two wheels or back wheeling. Though today hippie jumps, long jumping, and the Bertlemann slide have become popular. The shape and size of skateboards have been fluid over the years, transitioning to fit skateboarders’ needs and demands, perfectly mirroring skateboarders’ changing styles and interests. Numerous pro riders are into the production and design of skateboards; perhaps this explains why manufacturers are perfectly attuned to skateboarders’ ends.

In a nutshell: It is clear that skateboarding has come a long way, and it’s exciting to see where the sport will go in the future. Skateboarding is one of those rare sports that requires no equipment or ball- meaning anyone can get involved with this low-impact activity at any age. If you are looking for an easy form of exercise and want some fresh air then why not try your hand at skating? You might be surprised how much fun it really is!