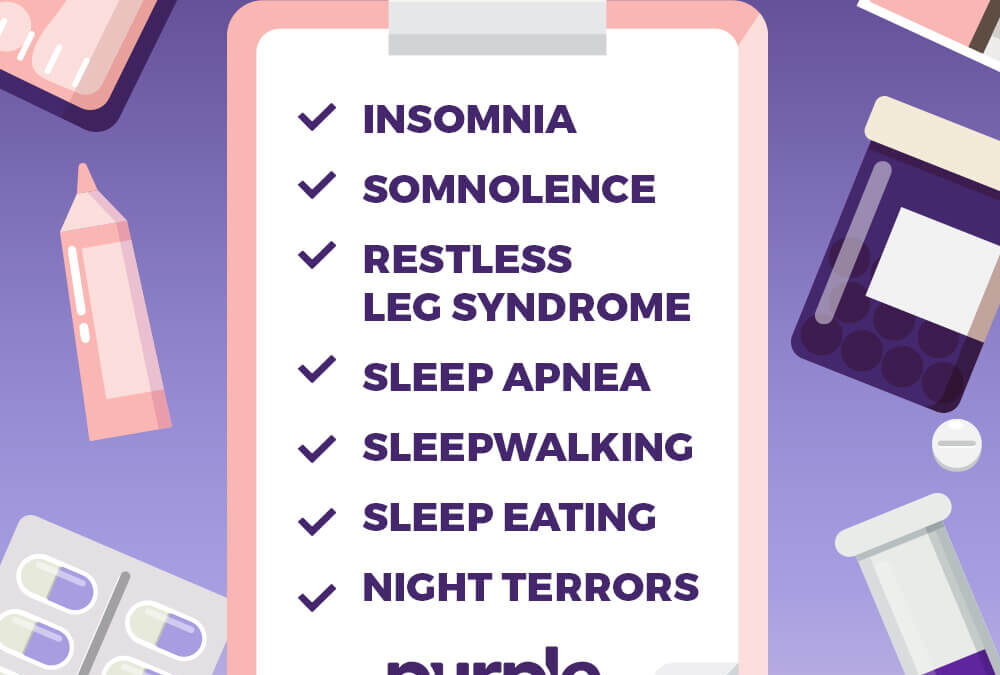 You might not realize it, but sleep disorders are common. In fact, according to the National Sleep Foundation’s poll of over 1,000 adults in 2013, nearly half of them (49%) had trouble sleeping at least a few nights per week. And if that wasn’t enough to wake you up with worry about your own health and well-being, consider this: those who suffer from chronic insomnia or other sleep problems are more likely to develop heart disease than those who get adequate amounts of rest each night. The good news is that there are many treatment options available for people suffering from these conditions – so don’t forget to ask your doctor what they can do for you!

Healthy Habits That Will Improve Your Life

Most of us experience difficulties in sleeping at one point or another. We often experience problems in sleeping partly because of illnesses, stress, travel, or minor interruptions to everyday routines. But when difficulties in sleeping become a normal phenomenon, then it may be a sleeping disorder. Sleep disorder is a condition that continuously affects your ability to get sufficient quality sleep. Occasionally, it is normal to have difficulties sleeping, but it is not customary to sleep every night. Depending on the nature of sleep disorder, people may experience problems sleeping and feel exhausted throughout the day. Sleep inadequacies hurt concentration levels, energy levels, concentration, and overall health. At times, a sleep disorder may altogether be a symptom of another mental or medical health condition. The sleeping disorder that is linked to other diseases ultimately goes away when treated.

Nonetheless, if sleep disorders are not pegged to other conditions, then treatment may involve a combination of lifestyle changes and medical treatment. About 70 million Americans suffer from sleep disorders. While there are at least 70 known sleeping disorders here, we concentrate on three that are common.

By far, the most typical sleep disorder is insomnia. Insomnia is a sleep disorder that is marked by the inability to get enough sleep. For the most part, insomnia may be linked to a health condition, depression, stress, anxiety, meditation, jet lags, and the amount of caffeine you intake. Insomnia varies depending on how frequently it occurs and the duration it lasts. Nearly half of the adults have occasionally experienced outbreaks of insomnia. At least 1 in 10 people have experienced chronic insomnia. As the precedent part has shown, insomnia may be related to a psychiatric or medical condition. Insomnia may either be acute or chronic. Someone is said to have chronic insomnia when they can go up to three nights or longer without sleep. Whatever the cause, improving sleep patterns, exercise, and reviewing your daytime routine and habits may come in handy in curing acute insomnia without having to rely on medical prescriptions.

The second most prevalent sleep disorder is apnea, affecting about 20 million Americans. Apnea is a sleep disorder that is characterized by the inability to breathe ordinarily while sleeping. The National Institute of Health postulates that persons with sleep apnea repeatedly and unknowingly stop breathing during their sleep. The pauses or stops in breathing can last from a few seconds to minutes, occurring as much as 5 to 30 times in an hour. There are two types of sleep apnea; central and obstructive apnea. In Central sleep apnea (CSA), the brain fails to signal the body to breathe.

On the other hand, Obstructive sleep apnea (OSA) occurs as a result of blocked airways.  The most common symptom is snoring and gasping for air while sleeping. Treatment for this kind of sleep disorder is contingent on the severity; it ranges from surgery to minor lifestyle changes.

Narcolepsy is a neurological sleep disorder that involves uncontrollable and excessive daytime random sleep. Primarily, Narcolepsy is characterized by the urge to sleep at inappropriate times of the day excessively. Persons with this sleep disorder suffer from sleep episodes that occur unexpectedly during the daytime in between activities like work hours, school hours while eating, exercising, and even driving. Narcoleptics are also characterized by episodes of sudden muscle weaknesses that range from slurred speech to collapse. The National Sleep Foundation indicates that Narcolepsy occurs due to the brain failing to regulate cycles of sleep and wake times. Most often, Narcolepsy can be treated successfully through behavioral therapy and medication.

In conclusion: Sleep is essential to our health and well-being. Without it, we can experience problems like obesity, heart disease, depression, diabetes, and chronic pain as a result of sleep deprivation. If you or someone you know has anyone the following disorders that affect your sleep quality – insomnia, restless leg syndrome (RLS), obstructive sleep apnea (OSA) – find out more about how they are treated by reading this blog post!