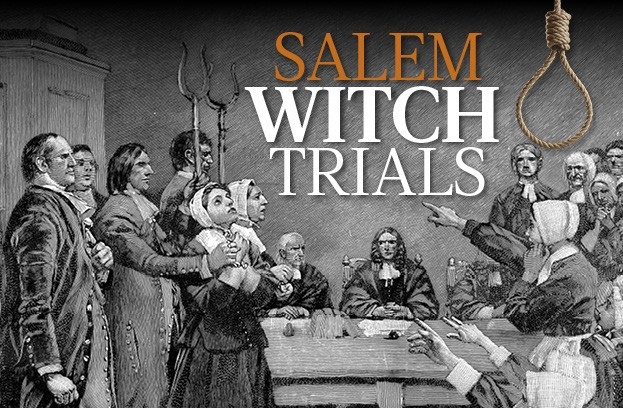 The Salem witch trials were a series of hearings and prosecutions of people accused of witchcraft in colonial Massachusetts between February 1692 and May 1693. The state executed 14 women and five men while imprisoning one woman. Why did this tragedy happen? This blog post explores the origins, causes, and consequences of the Salem witch trials through first-hand accounts that will leave you terrified!

The Salem witch trials have been marked as one of the most notorious cases of mass hysteria ever recorded. In 1962 at least twenty individuals were convicted and executed in Salem, Massachusetts, for allegedly practicing witchcraft, hundred other suspects were jailed, and a handful died in prison following the Salem trial. The Salem witchcraft crisis began in 1961 and proceeded to 1962 summer. What happened in the Salem witchcraft trials has been a troubling subject in historical debates for decades. So what caused the Salem witchcraft hysteria?

Events leading to the Salem witch trials are pretty dubious, though multiple existing phenomena fueled the Salem witch trials. Salem was considered a quarrelsome village with a fractious populous, impending political and religious fragmentations, and the belief in supernaturalism and witch crafty. Such tensions coupled with resentment and suspicion between the natives and the immigrants fueled the witch trials in Salem.

While varying accounts explain the Salem witch trial events, the common consensus is that in early 1962, two girls began having fits that comprised violent contortions, writhing, spasms, and uncontrollable screams(contemporary medics suggest that the girls could have probably had a mental illness, epilepsy, boredom or a disease occasioned by eating fungus infested rye).

Meanwhile, a local doctor diagnosis revealed that the two girls were possessed and bewitched. The two girls accused three women of witch crafty. Following, the diagnosis other girls in Salem also exhibited similar symptoms. What followed were multiple suspicions, questioning, and arrest warrants.

Initially, the Salem trial arrested three women suspected of witch crafty, Tituba the Caribbean slave girl, Sarah Osborne, an older woman, and Sarah Good, a homeless beggar. Tituba, unlike the others, confessed to her guilt, probably, to save herself. Nonetheless, Tituba admitted to not being the only witch in Salem. She named dozens like Tituba dozens of others that were accused also confessed and named others. Tituba’s confession induced hysteria, panic and sparked a massive witch hunt. The basis of selecting the Salem witches has been quite contentious.

Others arguing that Salem ‘witches’ were chosen purely on religious and socio afflictions while others maintain that the alleged Salem witches were indeed guilty. In retrospect, subsequent events in the Salem witch trials were marked by dozens of tortures, trials, convictions, and executions. Hysteria continuously ravaged rapidly in the Salem community following the witch trials. The number of accused witches in Salem rose over time; the accused comprised both children and even staunch church members.

They annulled guilty verdicts, and the presiding judge publically apologized for his role in the Salem witch trials. Years later, in 1711, Massachusetts State passed legislation that saw the financial restitution and restoration of the good names of Salem witches that were initially condemned. Could the Salem trials have been avoided? Certainly! If there were means to analyses witnesses’ accounts.

Nonetheless, the answer to the question is objectively debatable. On the positive side, the Salem witch trial crisis provides a cautionary tale. It cautions us against superstitions, religious extremism, false accusations, and the need for fair trials.

In conclusion, when people are scared, they search for a logical explanation for their fear. In order to give themselves peace of mind, the colonists believed that there was a group of witches living in Salem who was using witchcraft against them. The idea that these settlers wanted so badly to be true because it gave an answer and stopped any further questions about why this might have happened is frighteningly similar to what we see happening today with many conspiracy theories being circulated on social media platforms like Facebook and Twitter. What can you do when someone you know starts believing one? Share your thoughts in the comments below!