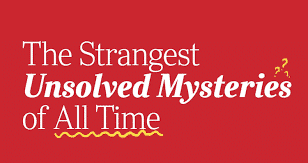 It does not matter what the main subject you are narrowing upon as a student you will dependently come upon Roswell UFO Incident, and definitely write essays about the crash close to Roswell. There are so many sample essays on the internet about the same. However, this one gives a clear introduction with a good thesis statement at hand, perfect outline, body and a conclusion that you can rely on.

The Crash Close To Roswell Explanation

Sometime during the beginning of July 1947, an unidentified object collided on a northwest ranch at Roswell. The owner of the ranch on being questioned later said that he only found the remains from the crash. I supposed he had gone out with the son on a horseback ride on the night of the event. The owner of the ranch, Brazel later explained that on their way back to the house as they rode along, they started noticing unusual pieces of what looked like metal debris scattered all over the place. On further investigation, the owner of the ranch later claimed that he had seen what looks like a shallow trench of about 100ft long which had been gouged to the ground. When the crash had happened, media personalities revealed to the public that the happening was a simple harmless, high-altitude weather balloon and nothing to worry about. Decades, later it was revealed that the claims made by journalists were lies after the Government performed an engineer cover up at the site.

The owner of the ranch intimated that he was struck by the vision of the unusual debris properties and after dragging some of the properties into a shed, he spared some of them to show them to the Proctors. In a reaction that shocked Brazel, the Proctors behaved in a manner to suggest that Brazel had an idea of what was going on as he could be in the possession of a wreckage alien spacecraft. Days later, Brazel made a decision to walk into Roswell county seat to report the incidence.

In an investigation by UFO researchers Kevin Randle and Don Schmitt in the book; a history of UFO crashes, they reveal how military radar was tracking a flying object that could not be identified over the skies. The tacking occurred in four days and on the night of the incident; the radar provided an indication that the object had landed about 39-40 miles at the NorthWest side of Roswell.

The investigation goes ahead and mentions an eye witness William Woody who lives on the East side of Roswell. Mr. Woody claimed that he vividly remembers being outside together with his father on the night of the event and together they saw a large brilliant object plunging onto the ground. To describe the event, Marcel who also lives close to the place says he saw a weightless object that is beam like structured, about 3.8 inches by 0.25 inches landing on the ground. The object seemed like it could not break or bend.

An investigation by all neighbors was stopped by the police in order to perform a thorough investigation. Most people thought that the object was free and that no people were inside when it crashed. Unfortunately, a higher level of investigation revealed that there were human bodies inside the object. One afternoon the Rosewell Army together with the RAAF morgue and publication group confirmed to the public that human bodies were found alongside the crashed object.

Where does this investigation leave us in the present?

All that I have heard and read about this investigation in the course of my own investigation has left me dubious on the existence of aliens in Mexico as early as 1947. I think the bodies that were found in the object were not complete human bodies but bodies of aliens because a normal sized human body could not fit in an object with such kind of measurements. What I know is that the Government has admitted to lying about the incident for over 40 years and the question is; what if the same happens in years to come, how will the government deal with it?