Comparing the Prison Populations in America and Other Nations Essay

Comparing the Prison Populations in America and Other Nations Essay 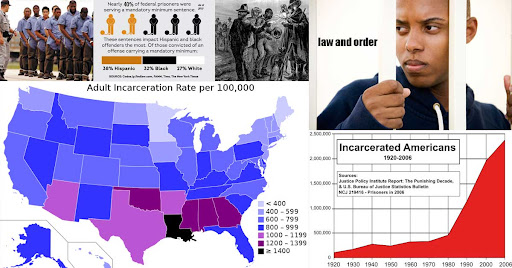 The United States has the highest prison population in the world. This is largely due to our “tough on crime” approach, which focuses on incarcerating criminals for lengthy periods of time. The U.S. also has a higher percentage of its population incarcerated than any other country that keeps reliable numbers, with roughly 1 out of every 100 adults living in a correctional institution at any given moment. In comparison, only about 1 out of every 500 people live in prisons or jails outside of America’s borders-many times less than even the next most populous nation (China).

How do the prison populations in America compare to that of other nations? This is a question that many people are asking themselves. The answer may surprise you! In this post, we will explore how American prisons stack up against those from other countries and what it might mean for crime rates in our country.

Governments around the world respond to social unrest and illegal activities in multiple different ways. However, in the United States, even nonviolent offenses are met with long periods of incarceration. America’s prison population is densely populated; growth in US prisons is partly attributed to ideological policies rather than actual crime rates. By measure, the US incarcerates around 716 people out of every 100,000 residents. In fact, as of 2013 US had the highest number of inmates in its prison system than any other country in the world.

In essence, United States represents around 4% of the world’s population yet it holds 22% of the world’s population in its prisons. The prison policy initiative estimated in 2016 that about 2,298,300 people were incarcerated in American prisons. Prisoners were distributed in the state prisons, local jails, federal prisons, youth correctional facilities, immigration detention camps, territorial prisons, civil commitments, Indian county jails, and United States military prisons. In comparison to other countries, apparently, America has more than five times higher sentencing prisoning rates than most countries in the world.

The crime level in the US is comparable to other industrialized nations that are equally stable yet United States prisons are highly populated than their counterparts. Almost all the countries that have relatively high incarceration rates, largely have internal conflicts, the United States, on the other hand, has enjoyed years of political stability, with no history of civil war yet the number of inmates in prison cells is far from dismaying. If we compare the prisons rate in one state, take the District of Columbia. Impressively, the state of the District of Columbia solely has incarceration rates higher than that of Cuba; Cuba is actually second in incarceration rates after the US in the world.

Although a number of countries annually commit more inmates in prison, the fact that America keeps their prisoners longer in the prisons sets the prison rate to become higher. For instance, the average burglary sentencing in Canada is 6 months yet that of America is 16 months, and England’s is just 7 months. Similarly, mandatory sentencing for a first-time offense for a first-time drug offense in America is at least 5years, quite higher in comparison to other developed countries around the world where first-time offenses attract at most 6 months in prison. Mandatory sentencing has been criticized in the USA justice system as being an inhibitor to judges using their discretion in the ruling but only relying on the sentencing.

In addition, American prisons have more female prisoners than other countries. It is estimated that women prisoners in America make up more than 10% of the entire prison population. In most developed countries the population of female prisoners is nearly 1 for every 20. Furthermore, America has substantial racial disparities in its incarceration rates. It is reported that America imprisons a large population of black citizens than its counterparts. Prison sentencing periods for whites and people of color vary significantly. In this light, it is estimated that about 10,000 out of 100,000 black men are incarcerated in prison cells a number higher than that of South Africa apartheid.

Over the decades Americans tough on policies on crime have continued to pack jails and prisons, mostly with uneducated, poor, sickling, and people of color. The startling reality is that high prison rates have a deleterious effect on Americans’ economy, families, and communities in multiple ways. Prison booms mean that billions of taxpayer money is spent on correctional facilities in both federal and state prisons. In essence, Americans’ incarceration policy is less than beneficial but costly.

In Summary: The United States has the most incarcerated population in the world. We have more than 2 million people behind bars, which is five times as many prisoners as China and Russia combined. With rates this high, why do we need to invest even more money into our prison system? Prison reform advocates are asking for increased funds to be put towards education programs that help keep inmates from re-offending after they’re released back into society. Let us know what you think about these statistics!