Nonlethal Weapons a Police Officer Might Use: How to Beat an Unruly Rioter Essay

Nonlethal Weapons a Police Officer Might Use: How to Beat an Unruly Rioter Essay 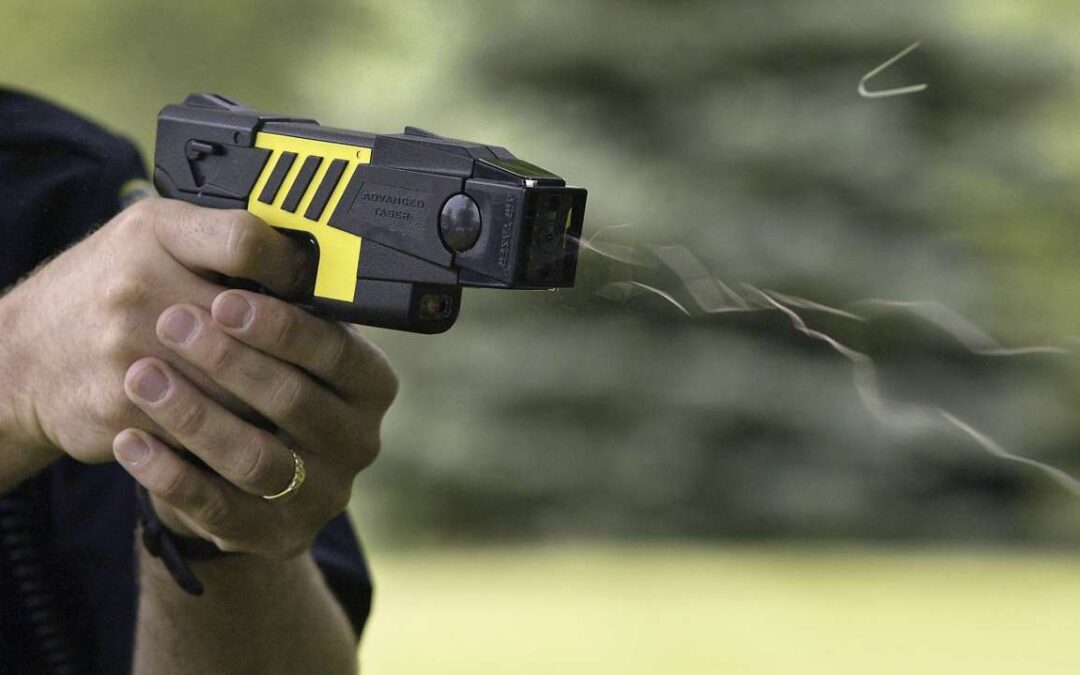 In the wake of recent rioting and unrest in Ferguson, Missouri, New York City, and elsewhere across America people are asking themselves what nonlethal weapons police officers might use to subdue an unruly protester. There are a variety of different tools that law enforcement officials can carry with them on duty for this purpose. In this article we’ll take a look at some of the most common ones; from pepper spray to stun guns.

Let’s get started! What are your thoughts about nonlethal weapons being used against protesters?

There is evidence pointing out that non-lethal weapons can truly inflict serious pain, disability and in rare cases even cause death. A report by the International Network of Civil Liberties Organizations and Physicians for Human Rights found that non-lethal weapons including rubber bullets, teargas, flash bags, and other projectiles are deployed indiscriminately since most police-based organizations solely depend on manufacturers’ recommendations.  Most nonlethal weapons are depicted as being less lethal yet the results are far from the depiction.

As a matter of fact, sometimes police have used ordinary shotguns to disperse rioters instead of using nonlethal projectiles. Meanwhile, police in the US is grappling with utilizing lesser-known non-lethal weapon such as Long Range Acoustic Device (LRAD). This weapon uses high sounds to disorient disorderly rioters thus dispersing them. While this device is nonlethal reports indicate that in effect it causes hearing damages.

Other less-lethal weapons include teargas and pepper spray. Pepper spray contains a chemical found in chilies that makes both the eyes and nose runny. Police have used this together with tear gas, another non-lethal weapon like pepper spray but much stronger, in years to subdue uncontrollable crowds. However, like other nonlethal weapons, both pepper spray and teargas can in effect cause difficulty in breathing and temporary blindness. Unfortunately, these nonlethal weapons can actually result in death especially to individuals with respiratory ailments.

Another old nonlethal weapon that has been in use since ancient times is the nightstick. Most patrolling police often carry this stick or batons and clubs while driving or walking. The Taser is an electroshock nonlethal weapon that uses compressed nitrogen changes that once used sends electrodes into someone causing involuntary muscle spasm.

As a nonlethal weapon, Tasers have greatly reduced the number of deaths that could have arisen out of a firearm. However, there have been cases of cardiac arrest resulting from the use of this weapon. Therefore, its usage is not completely non-lethal. Other similar nonlethal weapon includes the stun gun that works similar to a Taser.

While nonlethal weapons are theoretically supposed to cause less if no injury at all, in practice the opposite is true. In an actual sense, the only reason nonlethal weapons such as stink bombs, water cannons, flashlight guns, heat guns, and web shots among other nonlethal weapons came along in the first place is that they are specifically nonlethal. But when reports indicate otherwise, then the practicability of the same is questionable. While it is not possible to ban the use of nonlethal weapons at least some oversight should be put in use when procuring and using these weapons.

For the most part, apart from guidelines on the use of some nonlethal weapons, it is also important that guidelines should be put in place to cover training and accountability of the same.

In conclusion, Police officers often use nonlethal weapons to subdue rioters. These types of weapons are used during the riots in Ferguson, Mo., and Baltimore City. Nonlethal weapons can range from rubber bullets to water cannons that shoot out a high-powered jet stream of cold liquid. They’re meant as an alternative to lethal force when there is no other option for subduing someone who is armed with knives or guns, which would be too dangerous for both police and civilians nearby.