Ingredients Found in a Hotdog Essay

Ingredients Found in a Hotdog Essay 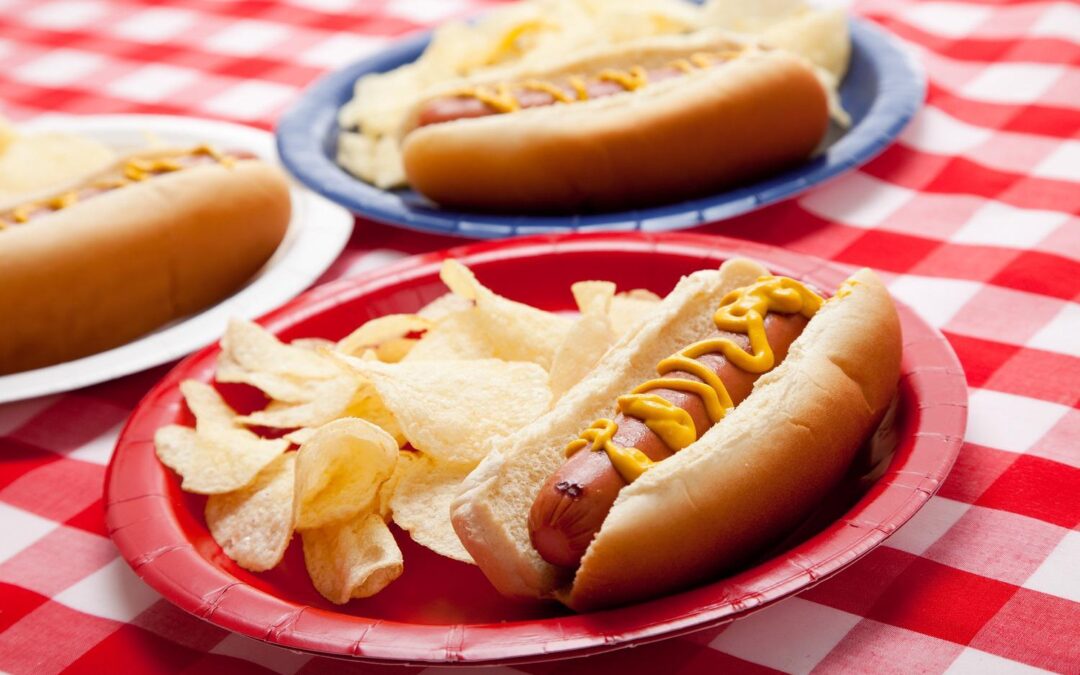 A hotdog is a type of sausage that has been grilled or fried and traditionally served in a sliced bun as part of an American dish. The term was coined by German immigrants who brought their “frankfurts” to the United States, but it is now considered an all-American meal at sporting events, backyard barbecues, and picnics. A typical hot dog consists of a mixture of meat (usually beef), water, breadcrumbs, salt, and spices; there are many variants in detail throughout the world.

In this blog post, we’ll explore the ingredients that go into a “normal” American-style hotdog and some of the more bizarre ones.

It isn’t easy to pinpoint when the hotdogs first appeared, or the idea of placing sausages and placing them in buns, or even the idea of mustards and sauce. Nonetheless, it is believed that pork sausages that were similar to hotdogs originated in Germany, Frankfurt. At that time, hot dogs were simply pork sausages served in a bun. Hot dogs have been around since the 13th century and mainly were done for free to the public in the events of the imperial coronation in Germany.

It is believed that hotdogs found a place in America through various German immigrants.  Undeniably, a snack and staple food to many people estimated that American consumers spent at least $2.5 billion on hotdogs in 2015. In essence, the National Hot Dog and Sausage Council state that at peak seasons, from Memorial to Labor Day, Americans consume at least 7 billion hot dogs.  Indeed Americans love hot dogs, but do we know what ingredients are found in hot dogs?

Traditionally hot dogs were made from leftover pork trimmings; the meat was ground into a paste, mixed with preservatives, water, flavoring, and colors. Today hot dogs are widely varied in taste and ingredients. However, if you pick any pack of hotdogs and read the category of components, you realize that the makeup in the ingredient list varies insignificantly. For the most part, hot dogs contain meat, mostly a combination of mechanically separated turkey, chicken, pork, or beef.

According to the U.S. Department of Agriculture (USDA), mechanically separated poultry is “a paste-like and batter-like poultry product produced by forcing bones, with attached edible tissue, through a sieve or similar device under high pressure to separate bone from the edible tissue.” Hot dogs contain any proportion of mechanically separated turkey or chicken. Mechanically prepared beef is banned in the US, but the process can be used for poultry and pork.

To minimize risks of foodborne illnesses, hot dogs should not contain more than 20% of mechanically prepared pork. Secondly, USDA’s guidelines highlight that hotdogs should have at most 10% of water; much of the water in hot dogs is needed to hold the ingredients together and also aid in mixing the ingredients to achieve suitable consistency. All sausages, including hot dog sausages, are filled with starch.  Fillers are used to holding the links together. Hot dog fillers are often made using a combination of fillers and binders, including corn syrup, dried milk, cereal grains, and corn starch.

Hot dogs also contain a proportionate amount of salt. Of course, to extend the shelf life, hot dog producers use an umbrella of preservatives such as; sodium diacetate, sodium nitrate, sodium phosphates, potassium lactate, potassium lactate, etc. Though approved by USDA, the use of sodium nitrate has of late picked controversies because prolonged use of the ingredient has been linked to an increased risk of developing colon cancer. Most hot dogs brands include an additional slew of flavoring ingredients such as paprika.  Carmine, a common food dye used to add color to most food products, has no known health effects and is also used to bring the red color in hot dog sausages.

Numerous health debates are linked to the consumption of hot dogs, while many people all together choose not to consume hotdogs. For the most part, there is nothing unhealthy about hotdogs. Hot dogs have been approved for consumption by the Food Standards Agency. Nonetheless, studies also highlight that hot dogs account for a significant amount of child choking and should altogether be avoided in children under the age of four unless, of course, you incorporate some supervision.

In summary, one thing is for sure, hotdogs are a staple food item in America, and we love them. What you can’t find inside of a typical hotdog is bacon bits, brown sugar, or molasses! That’s right – these ingredients aren’t typically found inside the wiener but rather on top of it. So next time you thinking about what to get at the baseball game stand be careful not to order too many extras because they will end up going straight into your mouth whether you want them there or not!