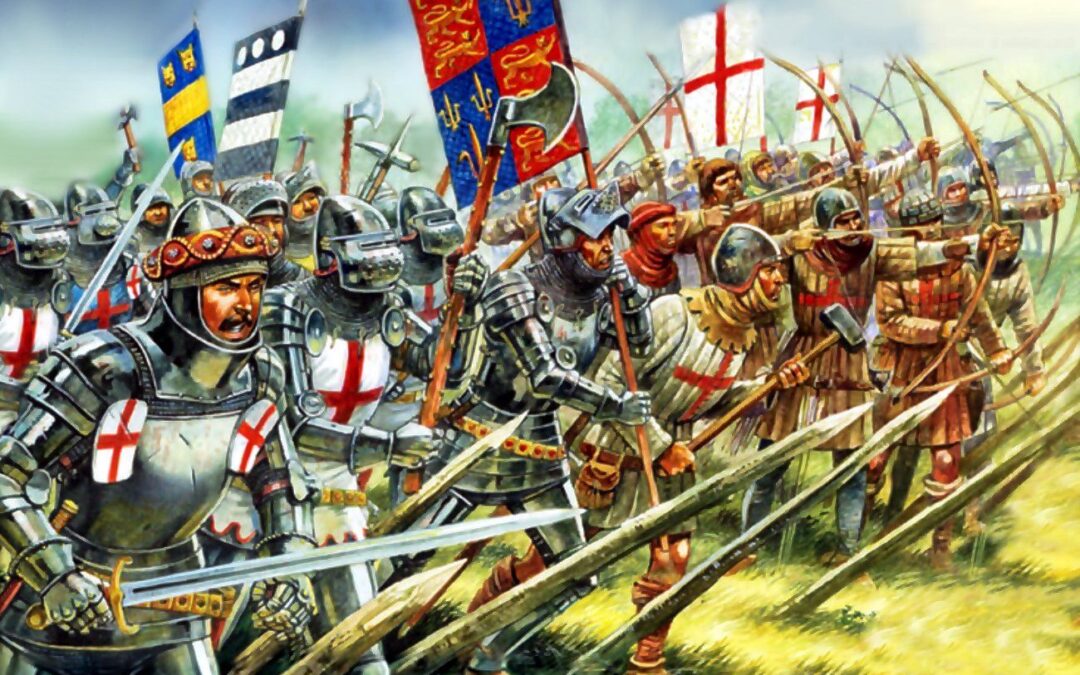 The longbow is one of the most famous weapons in history. Its influence on English Military Dominance is undeniable. A study conducted by The Royal Armouries revealed that only 60% of arrows shot from a longbow hit their target, while a crossbow would have an accuracy rate closer to 90%. As archers became more skilled and better at shooting their bows accurately, they were able to use this imperfect weapon to fight against enemies with much greater success than any other army in Europe.

The longbow we know today has actually been around for years. Initial origins on the same are disputable though it is, mostly attributed to the Welsh and its use extended to England. It is believed that Edward I was the first to witness the massive ramification of weapons in the 1280s when he conquered Wales. Nonetheless, longbows have been at least around since the era of the Neolithic’s and some believe that even the Scandinavians deployed them in battle.

The longbow of that time was made from a yew tree and approximately 6 ft. long. Its accompanying arrow was about 3 ft. in length and the tips were customized differently depending on the cavalries, the knights, and the infantry’s needs. For best results, the yew wood had to be cured and prepared for at least four years. Considering the time that was put into designing, the longbows and arrows, it is estimated that it required a draw weight of about 100 lbs to pull the longbow string.

The range of longbow is quite indefinite; they depend much on the power of the bow and the arrow plus the accompanying shooter. However, historian’s accounts of Edward III suggest that a professional archer would reach at least 370 meters. In essence, longbows were serious weapons with immense powers.  The folklore at the medieval period narrates that the longbow could at least penetrate 4 inches into an oak tree. Recent tests have proved the anecdote, affirming that the longbow could actually even penetrate across a plate armor.

In the Poitiers land battle of 1356, the longbow was utilized resulting in the multiple death of Frances knight. In the battle of Crecy, English archers devolved at least 60,000 French soldiers just by using the longbow! At Agincourt, Henry V army defeated the French army by deploying the longbow. Although the role of the longbow in the Agincourt battle has been disputed, overall, the longbow was obviously a substantial military strategy and invention for the English in the medieval period and changed the face of Europe.

Longbows were still in use in the 16th century when canons and guns were also invented yet the longbow was still utilized by the English as a leading weapon in warfare. Comparing guns to the longbow, in part sounds hilarious yet the guns in the medieval period frequently exploded on the user and the rate of fire was actually slow. The canons on the other hand could only utilize at least three fires and took much time to reload.

At the time grenadiers and arquebusiers began appearing the English still continued in their efforts to encourage archery by insisting on training in both military tactics and archery. The longbow certainly revolutionized the modern militant world. With the ongoing war between the French and the English, each side rushed to invent strategies that changed the face of Europe’s warfare. With the longbow, the English were able to defeat the French and secure their borders.

In conclusion, the Longbow’s Historical Impact on English Military Dominance is a fascinating, thought-provoking essay that has helped to shape our understanding of military history. It provides an interesting perspective about the weapons and tactics used in battles throughout time. This article will hopefully motivate you to learn more about this key moment in world history for yourself!