A Shark’s Attack Strategy: How They Hunt Essay

A Shark’s Attack Strategy: How They Hunt Essay 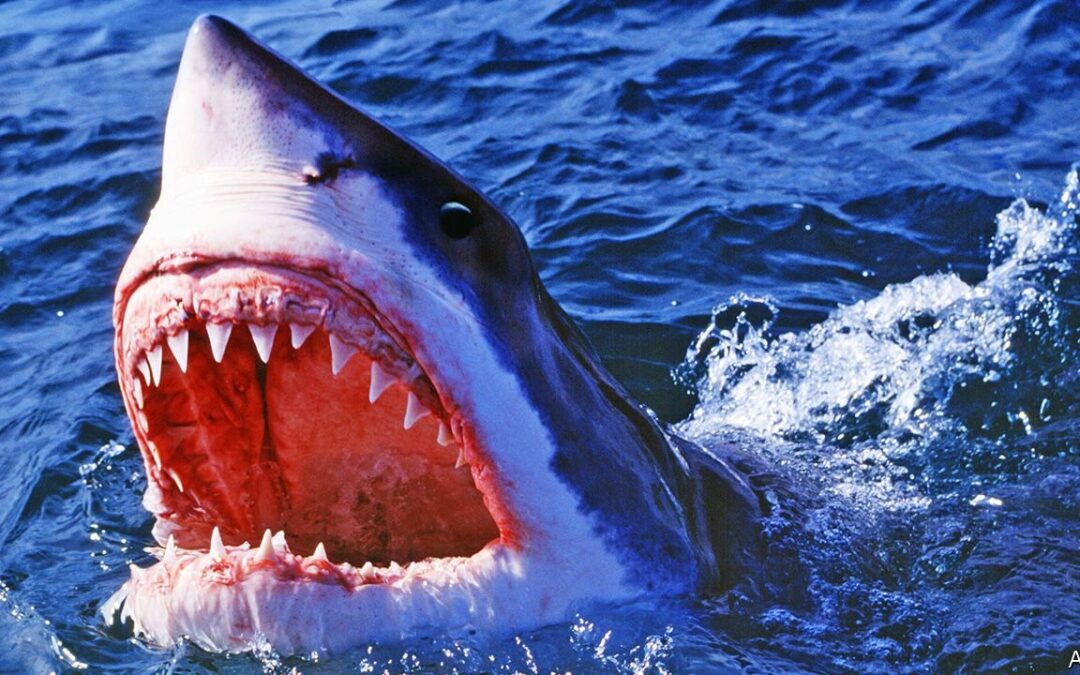 It’s a question that has been asked for centuries: how does a shark hunt? It turns out, their strategy is quite surprising. With the help of some high-tech cameras and underwater robots, scientists have determined that sharks are doing something different than many people would expect. They’re not cruising around looking for prey – they’re staying in one spot! Sharks use “ambush” tactics to catch their food.

Without a doubt, sharks are hunters in so many respects. Apart from the fact that sharks are powerful swimmers, they are equipped with a combination of multiple keen senses; an exceptional sense of smell, sharp eyesight, keen hearing,  a sixth sense known as electrosensory perception, sharp teeth as well as incredible speed and powerful hunting skills to reach their prey. Like most predators, sharks also have an inherent fear and they would rather settle on smaller prey than the dangerous ones. Nonetheless, sharks hunting tactics are generally as diverse as the array of sharks. In essence, each separate species of sharks typically has a distinct hunting strategy. For the most part, most sharks use camouflage as well as ambush and stealth tactics to hunt for their prey.

The hidden hunters often camouflage in its surroundings waiting for their prey to come within their stretch. After which the hunter opens its mouth whilst the prey is dragged by the current straight into its mouth. The wobbegong shark is such one prey. It is well adapted to its surrounding environment, with an intense patterned body making it hardly visible against the background. Sharks such as the tiger shark and the oceanic whitetip prefer to hunt alone while other sharks like the broad nose seven gills and the hammerhead prefer to hunt in groups especially when hunting for prey that is too large for a single shark to overpower. They encircle their prey such as the fur seal as a group. For instance, the scalloped hammerheads ordinarily swarm in schools of about a hundred sharks or more.

The hammerhead has a combination of adaptive features such as a wide head that separates the nasal organs and eyes, which creates a wider field of vision and greater delay time when smelling for potential prey. Most often, the hammerhead sharks swim above their prey, blending with their white underbelly. They swim in circles right above their prey before closing in. The ground hunters such as the nurse shark have very little stamina and mostly reside at the bottom of the sea. Ground hunting sharks eat ground dwellers that are also slow in movement like the crustaceans which the shark can blow or suck from their hiding place. Moreover, the nurse shark is able to create water pressure that is enough to draw a lobster from its shell right into its mouth. Thresher sharks have an extraordinary hunting tactic. They use their extended caudal fins to grab their prey, with quick stuns or thrusts they target the prey’s tails before eating them.

The sprint hunter, the maco shark uses a combination of top speed to hunt for its prey. The maco shark can sprint to nearly 70km/h for its prey like the marlins and tuna fish which are also extremely fast. The filter feeders like the megamouth shark, the whale shark, and the giant shark are capable of sucking in the water around 1 M liters of water with flowing planktons. The hunting shark opens its mouth expanding its throat, closes its mouth while contracting its throat, and presses the water in its mouth back into the sea via the gill rakers whilst swallowing the food contained in it. Perhaps the most fascinating hunting strategy is deployed by the Whitetip Reef Shark.

During the day the Whitetip Reef Shark sleeps on the sea bed but at night, they go hunting in groups through caves that hold sleeping fish. The Whitetip Reef Shark follows the light of divers to bring sleeping fish out of their hiding places then hunt on them as they rush from all sides. On all occasions when a shark goes in for a fight it uses a combination of speed and violence plus an element of surprise to hunt for its prey.

In summary, Sharks are some of the most fascinating creatures in our oceans. They have many adaptations that help them survive and hunt for prey, such as a keen sense of smell, sharp teeth to tear through flesh and gills to extract oxygen from water. While sharks may not be everyone’s favorite sea creature, they deserve their place on this earth. We hope you will consider how important it is to protect these amazing animals by refusing shark fin soup or any kind of product that harms sharks!