10 Steps to Understanding How a Submarine Works Essay

10 Steps to Understanding How a Submarine Works Essay 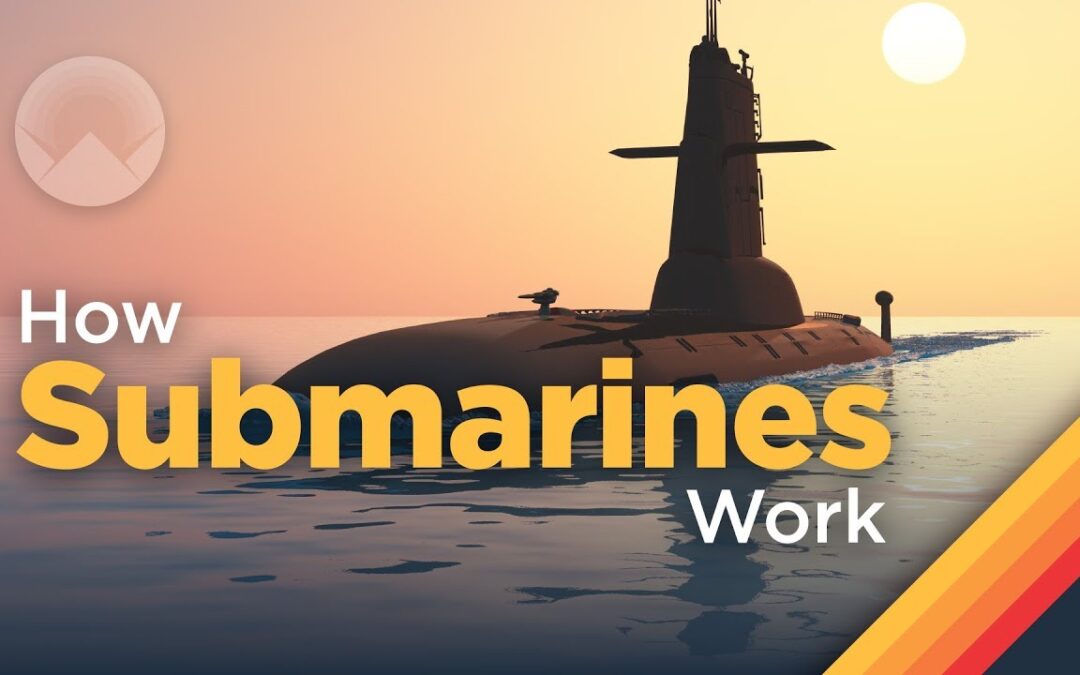 Submarines are one of the most important military tools in the world today. They allow Navy personnel to navigate under water, undetected by enemies on the surface. However, many people wonder how submarines work and what they look like inside and out. This blog post will answer all your questions about this fascinating machine!

A ship or submarine is able to float on water because it displaces the weight of water that is equal to its own weight. The buoyant force acts in opposite direction to that of gravity, which would otherwise make the ship sink. Unlike a ship, a submarine operates independently underwater. A submarine can be able to control its, buoyancy, which in turn helps it sink and float whenever it needs to.

The submarine is an innovative engineered watercraft, designed to carry people underwater. Initially, submarines were invented as naval machines deployed in naval operations, though in recent times submarines are deployed as scientific research vessels. Generally, most submarines are used in scientific research underwater. Wide spectrums of submarines exist that extensively differ in capabilities. There is the small autonomous submarine, which carries one or two persons, and can only remain submerged for a few hours; there are others that can remain underwater for up to six months. In essence, submarines can operate at greater depths than are impossible for human divers.

Generally, the structure and design of submarines widely differ, though they consist of a cylindrical body with conical shapes and structures located amidships that contain the sensing and communication devices as well as the diving planes. The rear of the submarine has a propeller and a number of hydrodynamic fins. Submarines have positive buoyancy; this means that they weigh less on the water by displacing their own weight. To go underwater, a vessel must control its buoyancy either by increasing or decreasing its own weight displacement in relation to water. To do this, submarines have ballistic tanks that can hold fluctuating amounts of air and water.

To be able to submerge or surface, submarine uses the Main Ballistic tanks that are filled with water during submersion and air when surfacing on water. When the submarine is on the surface, submarines are filled with air so that the overall density is lower than of the surrounding water and vice versa. This makes it possible for the submarine to sink or float. Submarines use control tanks or trim tanks to be able to effectively control depth and water density. The diving planes control the speed at which submarine descent on the water. To moderately maintain its depth at any angle, the submarine stabilizes a balance of water and air in the tank so that its overall density is equivalent to that of the water. The rudder on the rear helps steers the submarine while the diving planes help in maintaining the depth of the submarine.

A supply of fresh air is maintained in air flasks aboard the submarine to support life inside the submarine and also utilized in ballast tanks. Moreover, the submarine has a pair of movable wings known as hydroplanes that helps in controlling the diving angle. Hydroplanes are angled in a way that water can easily move over the stern, forcing the stern to move upwards, which results in the downward movement of the submarine. To maintain fresh breathing air, oxygen is supplied from pressurized tanks through a computerized system that regulates the amount of oxygen in the submarine.

Carbon dioxide is exhaled from the submarine by machines known as scrubbers that use soda-lime to trap carbon dioxide thus eliminating it from the air. A dehumidifier helps remove exhaled moisture to prevent condensation on the interior of the submarine. To maintain a constant supply of freshwater, submarines have equipment that can distill up to 40,000 gallons of fresh water in a day. This water is utilized in cooling machinery to cooking, cleaning, drinking, and showering. Submarines are made of metal, as such they conduct heat from the surrounding water that is cold, and as such submarines have a heating system to maintain temperatures inside it.

In summary, submarines are fascinating. They’re not just for military purposes either; they can be used to explore the deep ocean or even go on tourist excursions! There is a lot that goes into designing and building submarines, but it all starts with an idea of what people want in their submarine. The design process takes months because each step has to take into account safety issues as well as functionality and cost considerations–it’s not easy work! So if you’ve ever wondered how submarines work, now you know more than most people about this incredible machine