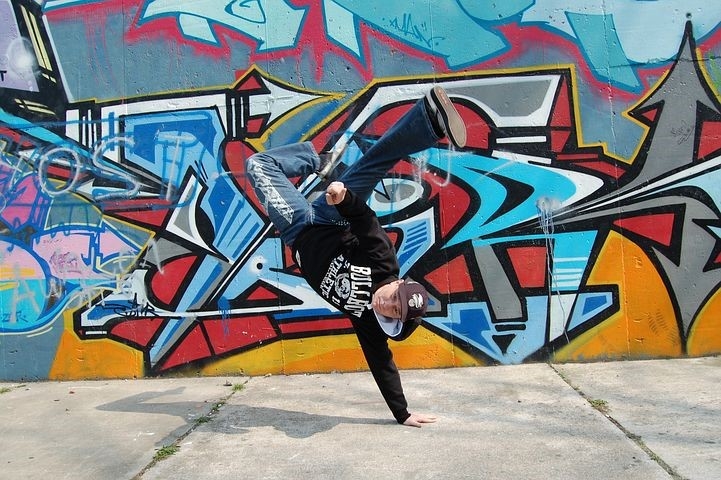 Hip Hop is one of the most influential cultural movements in the world. But what many people don’t know is that Hip Hop actually originated from different cultures and lifestyles, which blended together to create this unique movement. In this blog post we will discuss how Hip hop originated and why it’s still relevant today.

Over the last decade, Hip hop has grown as an artistic as well as cultural phenomenon affecting youth culture across the globe. For many youngsters Hip Hop mirrors the social, political, economic, cultural realities and conditions of their lives. As such, Hip Hop communicates to most youth in a manner and language they understand. Given its cogent communication and impact for many youth across the world, hip hop cannot be disregarded as a passing trend. On the contrary, hip hop is a serious cultural movement in music. Broadly characterizing Hip Hop may appear imprecise to some people.

In essence Most Hip Hop aficionados relate to at least four fundamental cultures in Hip Hop including break dancing, rapping or emceeing, Disk jockeying and graffiti art. Since its emergence in mid 1970s, throughout the North East and South Bronx, Hip Hop is encircled not only as a musical genre, but also a style of dialect, dressing, language and an overall aesthetic. Like any musical genre hip hop is founded in various forms of music and its transition has over time been shaped by various artists.

It is believed that Hip hop was born in 1973, at a birthday party in New York City, West Bronx by the legendary Clive Campbell also known as Dj Kool Herc. It is narrated that DJ Kool Herc was DJing at his sister’s party and altogether he tried a new style of music on the turntable that involved both scratching and breaking on August 11, 1973. This contribution marked the birth of hip hop. Hip Hop resulted in an entire new cultural movement that transitioned the generational thinking from race to politics to art and language. The legend remains simple yet the factors that led to the creation of hip hop culture were a fusion of musical, social and political influences. So it follows that hip hop mapped an entire new consciousness of the people especially the Latinos and Blacks creating value out of places and races that seemingly offered only devastation. In Can’t Stop Won’t Stop: A History of the Hip-Hop Generation, award winning book Jeff Chang indicates that Kool Herc together with Afrika Bambaataa and Grandmaster Flash are the early legendries in hip hops early days.

Born and raised in Kingston Jamaica, in early 1970s, DJ Kool Herc at the age of ten began spinning records between sets while his father played bands. Kool Herc’s father had a collection of records and was also a sound technician. Altogether, these helped in propelling Herc’s DJ career. Herc originally began DJing at house parties that helped him develop some vital innovative technicalities. Most Often, Herc imitated the Jamaican style of talking over the record while spinning on the deck. DJ Kool Herc’s innovative signature style advanced from watching the crowd’s reactions to various parts of the music he played. What Kool Herc did was to typically utilize two turntables, in an ordinary DJ setup. Unlike his predecessors who focused on making a smooth transition between music, DJ Kool Herc’s repeatedly switched back and forth between copies that the crowds mostly wanted to hear, this trick DJ Kool Herc’s called it the Merry go round.

Today it is referred as the “breaks beat.” Jeff Chang insists that the Kool Herc together with Afrika Bambaataa and Grandmaster Flash are the Hip Hop trio, yet DJ Kool Herc’s is the grandmaster. Jeff Chang insists that had it not been for DJ Kool Herc, right now we wouldn’t even be talking about Hip hop. Today, Hip Hop’s philosophy is an improbable cross between multiple genres; R&B, disco rock, House and rap are all part of hip-hop culture and even Jay-Z’s Kraftwerk.

In conclusion, Hip hop music is an American art form that originated in the Bronx in New York City during the 1970s. The four main elements of hip-hop are MCing, DJing, breakdancing and graffiti. These arts became a key part of African-American culture as it was growing up through its free expression and cultural identity development stages. There are many different theories about how hip-hop originally started including one from Afrika Bambaataa who said “Hip Hop comes out to make people happy!” Whatever your opinion may be on where this art came from or what purpose it serves today, there’s no denying that it has become a major influence on popular culture around the world over time.