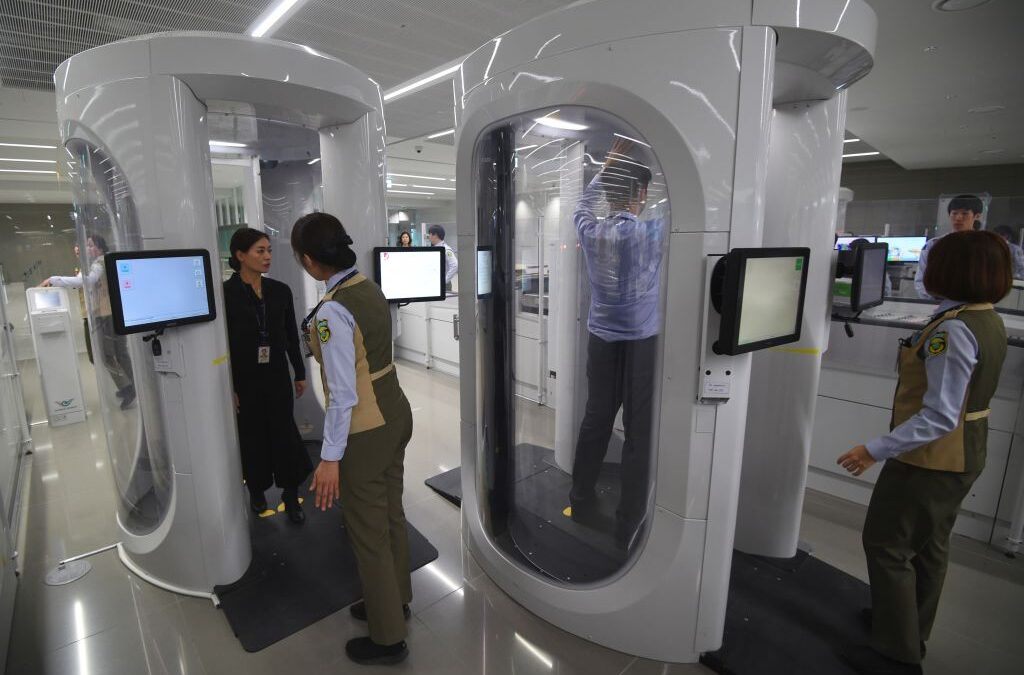 “September 11th, 2001 marked the day that American lives changed. We have never been the same since this event occurred and it left us all feeling vulnerable. This blog post is about airport security intensifying since September 11th, 2001.”
“The changes in airport security are not just to keep people safe from outside threats, but also to make sure that people on board flights feel safe as well.

It’s undeniable that the September 11th events changed the face of security protocols in the US and across the globe. Gone are the days when American citizens would be free to enter airports without thorough security scrutiny, some even downright irritating, the founding cause being the 9/11 terrorism attacks. As a matter of fact, terrorism has grown to be a threatening phenomenon since that time. Prior to September 11, 2001 attacks, most Americans were oblivious to the fact that terrorists could attack them. Once the attack on the Pentagon and Trade Towers transpires, everyone realized that the country’s security system needed refinement. The years that followed the September attack remodeled multiple facets of American life. While some changes may have been temporary probably as an immediate response, others have proved long-lasting transformations in American history.

Right after the attack, a security manifesto was documented to ensure that terrorists will never be able to command an airliner as the nineteen hijackers did on that day. Even before Congress could respond, new laws were enacted that November on the Transportation Security Administration (TSA). Subsequently, a new face was modeled, airports and airlines were in a hurry making the most of the laws, fixing, gardening, and updating security protocols right from the airport to the airlines. Of course, there has been numerous terrorist attempts overtime on other airplanes, railway system,s and the failed 2009 terrorist bomber who attempted to blow up Northwest Airlines with explosive Laden’s briefs. TSA’s ineffectiveness and its embracing failure over time have also been noted. Yet as of this writing there haven’t been any successful terrorist attacks on Americans airline since the September/11th attack.

As the new regulations came into place, the goals were established in short and long-term periods. Among the number of policies, one has been to completely seal off the cockpit. Since September/ 11 pilots stay locked behind impregnable doors for the duration of the flights. In addition, pilots work in hand with the Federal Flight Deck office that permits them to convey guns during the period of the flight after proper training. Flight attendants are trained to protect the cockpits during intervals such as rest breaks.

The other step involved affixing the air marshal workforce that had dwindled to a minimal number of guards over that period. This has been effective in part; by 2003 the number had increased to around 5000 from the previous 100 both in airports and airlines. Employee criminal background check has been an ongoing activity since September/11. Screening efforts have been intensified to combine updated technology with general manual procedures such as hand inspection.

Further, there is multiple passenger prescreening compounded with cross-checking with the FBI especially for suspicious passengers.

From September/11, passengers have been obligated to undergo thorough searching. Hand searches are common plus intensified pats combined with the walk-through detectors. Unlike before all incoming vehicles are searched for bombs upon entry into the airport. In the airlines, passengers are required to only carry one bag and a purse or a briefcase.

At checkpoints, passengers are obligated to have a national ID with photos, plus proper documentation relating to the airline reservation, which are also checked at numerous points throughout the airport. 11th September 2001 attack was a wake-up call for airline security. Security measures have been under major reconstruction since the attack. It’s more than a decade and airline security is still strict if not stricter. Nonetheless, terrorists adapt and shift their tactics. The attacks on airports in Istanbul and Brussels plus the Russian airline over Egypt in 2015 are just a reminder of the same.

In conclusion, the 9/11 terrorist attacks have changed the world forever. We are now living in a more dangerous, fearful society where airport security has increased exponentially and our sense of safety is shattered. In order to better understand how this new reality might be affecting your customers, consider these major changes that we’ve seen since September 11th