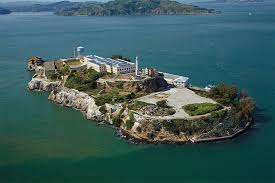 Read interesting facts about Alcatraz prison, this a sample college essay in regard to the question did anyone really escape Alcatraz? With a real facts on how three prisoners escaped namely; Clarence Anglin and his brother John Anglin together with Frank Morris you will get real facts that will help you write your own essay on the same topic

Did Anyone Ever Escape Alcatraz?

In its operational years Alcatraz Island in San Francisco Bay was renowned for being the ultimate fortress, the most secure prison in the country in which no one could escape. It is acknowledged that there have been severally attempts of escape from Alcatraz prison, though official reports state that most escape attempts from Alcatraz failed. For the most part, most who attempted to escape were both captured and reinstated into Alcatraz solidarity confinements shot dead or drowned swimming. However, to date there are mixed accounts on whether anyone ever escaped from Alcatraz prison.

How The Three Prisoners Escaped From Alcatraz

Notably, three inmates famously escaped from the Alcatraz Island prison.  On June 1962, convicted robbers, Clarence Anglin and his brother John anglin together with Frank Morris made the most intricate escape in Alcatraz’s history. They posed dummy heads on their beds and made out through holes they had cut in their cell walls with improvised chisels and spoons. The trio made it to the roofs cell block through protruding pipes and to the ocean. It is assumed that the invented life vests and rafts made of prison raincoats they had made could have aided in their escape. The Alcatraz trio disappeared without leaving traces, and their dead bodies have never been found.  FBI investigators believe that the inmates from Alcatraz drowned but definitive evidence to prove the same have been inconclusive. In fact, the federal officials insist that not a single inmate ever made a successful escape from within Alcatraz walls.

Nonetheless, to date multiple theories have been hypothesized on the same but it still remains a mystery as to whether the inmates from Alcatraz really survived or whether they died. Key witnesses accounts point to either directions.  A witness on deathbed confession accounted about the role he played in helping the convicts escape from Alcatraz. The man claimed he had an accomplice help the inmates escape from Alcatraz on a white boat. Though, the Alcatraz convicts were shortly buried after the escape. And, an off duty police officer matched the man’s confessions accounts on the Alcatraz escapees. The officer claims that he saw somebody on a white boat shine light onto the bays water on the night of the escape.

Besides, the Anglins relatives argue that the brothers from Alcatraz are still alive and backed their claims by presenting a picture of the brothers in history channel ‘Alcatraz search for the truth.’ The series of pictures reveal that the men look older than when they escaped from Alcatraz prison. Facial recognition analysis on the same asserts that the two men could indeed be the brothers who escaped from Alcatraz. In addition, the relatives allege that the family received signed Christmas cards from the Anglins brother. Altogether, analysts on the handwriting affirm that the handwriting belonged to the Alcatraz brothers yet the dates on the cards were debatable.

Odds of Survival of The Alcatraz Convicts.

The study deploys computer models to illustrate that winds, tides and other aspects could have aided in the Alcatraz inmates endeavor to freedom. On the other hand, the odds against the timing reveal that the worst could have happened including hypothermia, death or recapture. But none of the above happened so maybe it’s true that the Alcatraz infamous trio managed to escape. However, prison folklore believed that the waters in San Francisco Bay were infested by deadly sharks could it be possible that the Alcatraz convicts were consumed by sharks?