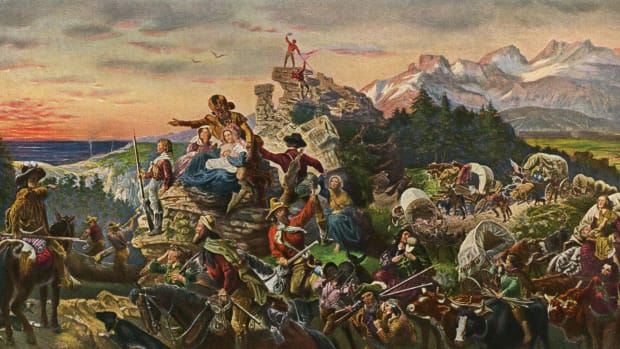 Lewis and Clark faced many dangers and hardships when exploring the Midwest. The journey was long, hard, and full of uncertainty. But they were undeterred as they knew that this exploration would be of great benefit to their country. They traveled through uncharted territory for months on end without seeing a single human being or any sign of civilization. This is just one story from the Lewis and Clark expedition where there are many more!

When there is a discussion about Lewis and Clark, much is said about their massive success than their experiences during their expedition. By the nature of the dangers and hardships they encountered, they were lucky to reach the Pacific Coast and back safely. Lewis, an American explorer alongside William Clark, led the excursion into a captivating expedition to the Pacific Northwest in the 19th century.

The “Lewis and Clark expedition” trip scaled thirteen thousand kilometers commandeering the troupe down the Ohio River, up the Missouri River, and to the Pacific Ocean. The “Lewis and Clark Expedition” encountered several wild animals on their mission while making their way along the western river. At some point, Lewis was closely killed by the bear as the entire team was accosted by no less than forty bears on their expedition.

Similarly, mosquitoes turned out to be a menace as one sergeant on that mission wrote in his diary that they caused swelling in their faces and eyes. The Lewis and Clark expedition had to deal with thunderstorms, flash floods, river snags, freezing temperatures, hail storms, and lightning. Clark and his slave and hired interpreter escaped by a whisker from a flash flood during the trip. Lewis and Clark’s expedition had difficulties with the rivers, and at one point, their boat capsized.

Alongside their mission, Lewis and Clark envisaged the medical requirements that the two-year expedition in the wilderness would need. Despite all these, Lewis and Clark’s troupe were afflicted with illness, disease, and accidents; some conditions they suffered were dysentery, colds and flu, sunburns.

Other illnesses that were deemed severe were smallpox, cholera, venereal diseases, and pneumonia. As a matter of fact, in certain instances, the “Lewis and Clark Expedition” experienced stress and conflict resulting from living and working together in extreme conditions for the entire period. More often than not, controversy overwork, discipline, the correct route to follow, food and supplies distribution, and others were common throughout the expedition.

Similarly, there were conflicts between the Lewis and Clark expedition and the local tribes. During their trip, Lewis and Clark had native guides and a French guide who aided in plotting the course, but it would occur that the expedition took wrong turns occasionally. In addition, maintaining the system seemed difficult as the rivers had tributaries directing to different directions. Nevertheless, Lewis and Clark, through their determination and enthusiasm, encountered some hospitable Native Americans.

Still, when they arrived at Travelers rest in Montana, a group of Blackfeet Indians staged a fight with the troupe, but they were triumphant with no casualties. Subsequently, as the Lewis and Clark expedition went through the enchanted territories, they experienced starvation, particularly in the mountains as they at colts and candles, in other words relaying with the wild edibles for survival.

The keelboat was heavy, and the Lewis and Clark crew had to grind with it up the Missouri River that entailed backbreaking rowing, pushing, and pulling the keelboat through the shallows, which was very exhausting daily. Incidentally, Lewis and Clark expedition typically lied on camping and staying in the open.

In essence, there lack of privacy in the sense that getting the time and place for personal needs such as downtime, bathing, sleep, and a place to use latrine was hard to come by.

In summary, Lewis and Clark were not the only ones to explore this area. The Native Americans had been living there for years before them, as well as explorers from other European countries. However, they made many significant contributions that helped shape the future of our country’s westward expansion and opened up a whole new world full of opportunities for those who followed in their footsteps. They are truly two heroes among many on this frontier story!