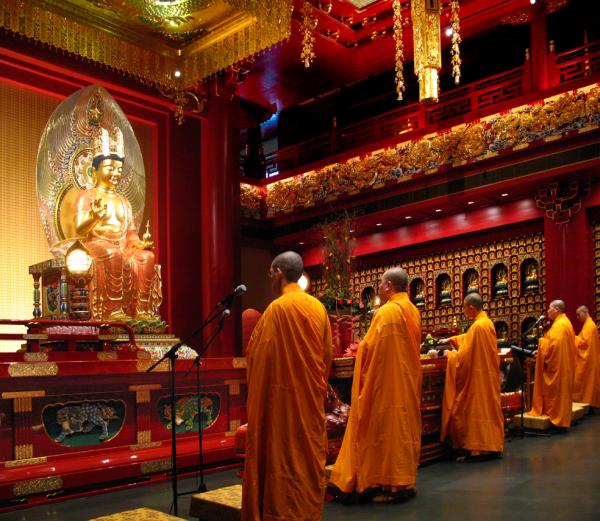 Buddhism is a religion that was founded by Siddhartha Gautama, also known as the Buddha. Buddhists believe in various teachings such as karma and reincarnation. In this blog post, we will discuss what it’s like to be a Buddhist monk and how Buddhism has impacted their daily life.

Initially, Buddhism originated in India; however, today, Buddhism has flourished in many other surroundings across the world. Buddhism is rooted in the teaching of Buddha Gautama. Nonetheless, Buddhism is not explicitly bound to any culture, society, ethnic group, and race. The essence of Buddhism essentially remains the same; in nature, it is argued that Buddhism is not only a religious practice but a philosophical path, a spiritual journey, and a way of life. The order of Buddhists monks was laid down by Buddha Gautama more than 200 years ago.

Fundamentally rooted in the principle of Karma, Buddhism is espoused in the belief of the cycle of rebirth and suffering, where evil and good deeds are reincarnated in an individual’s life. Thus, the Buddhist monk can be compared to a modern-day religious priest. Altogether, a Buddhist monk principally adheres to all Buddha’s teaching; in fact, Buddhist monks live in isolation from other beings. They live in Buddhist temples or around a Buddha, living a life of pure worship and service. Following the Buddhist path revolves around renouncing all worldly attachments to create space for spiritual activity. It follows then that monks have relatively very few material possessions that mainly consist of study equipment, eating bowls, few clothes, normally robes, perhaps some candles, and an altar for prayers.

A typical day for a Buddhist Monk usually starts very early in the morning at around 5:30 AM. Their day begins with mediation and prayer chats. After prayers, the monks are called for breakfast with a gong bell. In prominent temples, food is prepared by laymen and monks. The laymen are usually middle-aged women. In other settings, the Buddhist monk, together with their Buddha, goes around begging for food. Typically, alms round involves the Buddhists monks moving from house to house, with an alms bowl, receiving any food put into the bowl.

People would often invite the Buddha with his followers for meals and prayers, and the Buddha would advise on the same. So then, the food Buddhist eat is mainly obtained from the alms round or people offerings food directly at the temple. During meals, the novice Buddhist monks first serve food trays to older monks; the monks can only eat after prayers. Upon which they eat bits from each plate so that people who offered the food receive some merits.  Every day Buddhist monks have specific roles that involve maintenance of the temple and its surroundings. Some Buddhist monks at times meditate while doing these repetitive tasks. There are many perspectives to Buddhism; this means that some of the practices are relatively varied. For example, one pertains to the second meal. Some Buddhists monks take only one meal while others have the second and last one around noon, mostly leftovers from the first meal. Before sitting, monks pray towards the statues of the Buddha.

After the meals, around 1 PM, Buddhist monks and novices study Dharma up to 6 PM. Then, for the Buddhist monks that do not review, they take time in meditation or personal laundry. All along, Buddhist monks and the Buddha also attend to people who come seeking help from people who want to be unionized in their marriages, people with sick babies, those who want to build a new home, people with diseases, and etcetera. In the evenings, from around 7 PM, Buddhist monks pray again at the BOT (the building that houses Buddha’s image). The other events in the day of a Buddhist monk involve recitations and memorization of daily studies. This continues up to 10 or 11 at night, after which Buddhists monks sleep. However, higher Buddhist monks continue with prayers through midnight. And, again, dawn breaks, and the cycle continues for a Buddhists monk.

In conclusion, Buddhist monks live their lives by the principles of mindfulness, meditation, and compassion. They have a deep sense of inner peace that sustains them through even the most difficult circumstances in life. The daily activities for these individuals are simple and natural; they eat only one meal per day which is eaten at noon or early evening, sleep four hours each night on mats laid out side-by-side on a wooden floor with no blankets or pillows, spend two to three days fasting during certain periods such as Lent (Christian religious observance) and Ramadan (Islamic religious observance), practice celibacy, so there’s less distraction from thoughts about sex, don’t drink alcohol because it can make you feel like your mind has left.