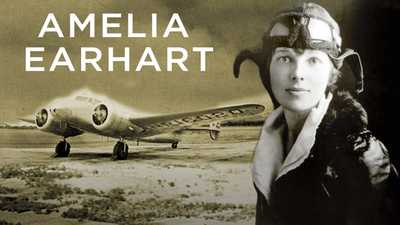 Get real facts about Amelia Earhart, the cold case and theory about her disappearance and who was Amelia Earhart. This essay sample gives a clear outline on her, career, biography and when she was born. By reading it, it will help you write good essay about what happened to Amelia Earhart.

What Happened to Amelia Earhart?

On 2nd June 1937 Amelia Earhart’s daring across the world was cut short when she and her navigator Fred Noonan mysteriously disappeared over the Pacific Ocean. The disappearance of Amelia Earhart has vexed historians for years. What happened in the final moments did her plane crash in the pacific, did she land at the Howland Island or was she captured by the Japanese?

Such questions have fueled conspiracy theories for decades. Falling to locate the plane in the pacific the US government legally declared Amelia Earhart dead by January 1939.  However, the question of where her plane and body went down to have never been resolved. Years after her disappearance, a number of theories have emerged some with scientific basis and other with dubious claims.

The Crash And Sink Theory

The most widely accepted theory is the crash and sink theory that explains that the plane run out of gas plunging in the into ocean killing Amelia Earhart and Fred Noonan.

Amelia Earhart Spent Her Last Days On an Island Theory

Another theory explains that Amelia Earhart possibly spent her last days in the island. An expedition in 2010 uncovered some compelling clues. They identified campfires traces, pieces of open pocketknives, fragments of cosmetic jar and human bone fragments.

Similarly, other theories claim that Amelia Earhart altogether survived the crash and safely returned to the United States changed her name and lived for years in obscurity.  It is also widely believed that both Amelia Earhart and Noonan landed on an island in south pacific known as Gardner Island, formerly Nikumaroro.  Apparently, a group of researchers were able to assemble a collection of artifacts that were consistent to Earhart’s Lockheed Electra. In addition, evidence suggests that indeed the plane did not sink, since Amelia Earhart’s was apparently able to send out radio signals days after the crash.

Summary On The Theories

Nonetheless, Amelia Earhart unrelated presence in American research lies in the fact that not a single shred of evidence has been found as a basis to significantly substantiate the sink theory. Regardless of wide sea surveys that ensued days following their disappearance, despite of existing evidence that suggests that Amelia Earhart and Noonan’s made it to Howland Island; not once has there been an official story apart from the sink and crash theory.

In fact, some evidence suggests that Amelia Earhart and her navigator both landed on the Island and altogether encountered different ends. Theorists and researchers have been asking numerous questions on Earhart’s disappearance. For decades inquiries into government’s involvement and the true nature of her last flight have gone unresolved. There is not much certainly concerning the fate of Amelia Earhart.

It is indisputable that in her life time Amelia Earhart had multiple sides; she was the author of several successful books, she was the social worker; a fashion designer; a wartime nurse’s aide; a stunt pilot, the aviation editor at Cosmopolitan Magazine and a feminist. Who can dispute that Amelia Earhart wasn’t a spy? or a prisoner of war or a rogue government agent?