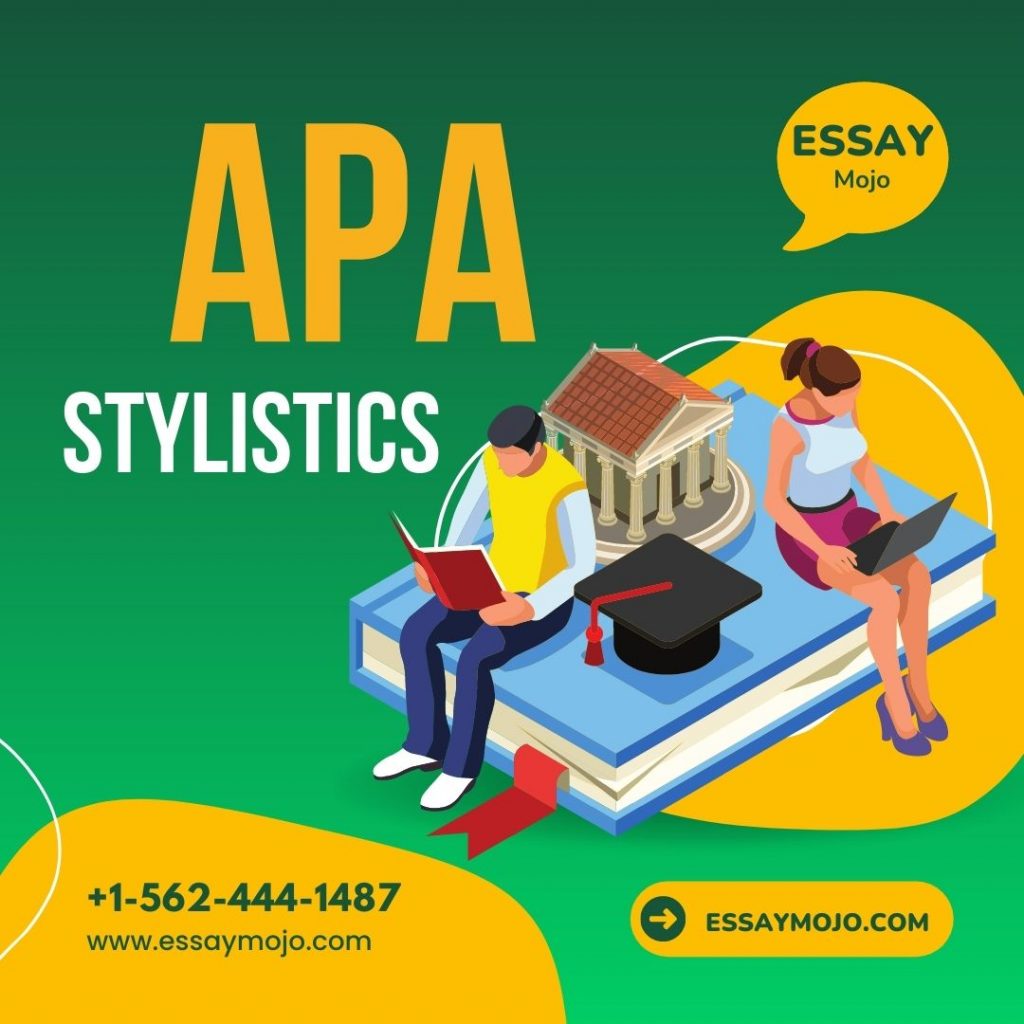 Writing in APA style is much more than merely learning the system for citation or adhering to a particular page format. APA as well entails the APA stylistics that you follow, view point and word choice.

When you write using APA format, you can adopt the first person view point when describing the methodology  you will apply (“I will apply qualitative approach..”) and if you want to refer to yourself and co-writer (We explored…”).

Apply the first person to describe methodology steps instead of personifying the paper. For instance, a study cannot “interpret”, though you and as the author can.

Generally, you ought to foreground the research instead of using researchers, (“present results show that…). Do no use the editorial “we”, supposing you use the “we”, ensure that it implies you and your other researchers.

Many commonly have this misconception that when you foreground the research you need to use a passive voice (“studies have been carried out…”).

However, this is not correct. Instead use pronouns in place of “studies” (“We carried outstudies …”).

APA style prefers that you use active voice (“I reviewed the literature…”). The active voice become more important when writing experimental reports, in which the subject undertaking the action has to be clearly recognized (for example, “we interviewed 10 participants”).

Clarity and succinctness when writing are crucial in communicating research work in APA style. It allows you not to misrepresent the information of a study or create confusion among your reader with wordiness or needless long sentences.

Clarity is achieved by being specific instead of vague in explanations. Write accurate details to provide enough information to the readers to allow them follow how the study develops.

This is a vague hypothesis, to clarify it, apply parallel structure to underline definite ideas:

For you to be more succinct, especially when writing the introduction or abstract, ensure that you avoid unnecessary words and abridge information as much as possible (check for handouts on additional information on conciseness).

When you seek a balance of clarity, which demands unpacking information provided, and being conciseness, which demands condensing the given information, it becomes challenging. Therefore you need to study past articles and reports to understand how you can accomplish this balance.

You have to be careful when selecting the words and terms to use in APA style. When writing a paper in social sciences subjects, regularly used words assume different meanings and could significantly affect the way your readers would interpret the findings or claims that you report. To enhance clarity, keep away from bias, and manage the way your readers will get the information. This is done by making some substitutions in words used:

As with the other stylistic suggestions here, you should study the discourse of your field to see what terminology is most often used.

Writing in APA style is different from writing in a creative style that borrows from poetic expressions and uses figurative language. The use of these kinds of linguistic tools is not encouraged since it can detract you from communicating your information in a clear way.

It may as well appear as being forced in the paper when it you use it inappropriately to explain issues in your paper.

Accordingly, you ought to:

NB: We provide reliable write my essay online service to university and college students around the world. All papers are written from scratch based on your assignment requirements.