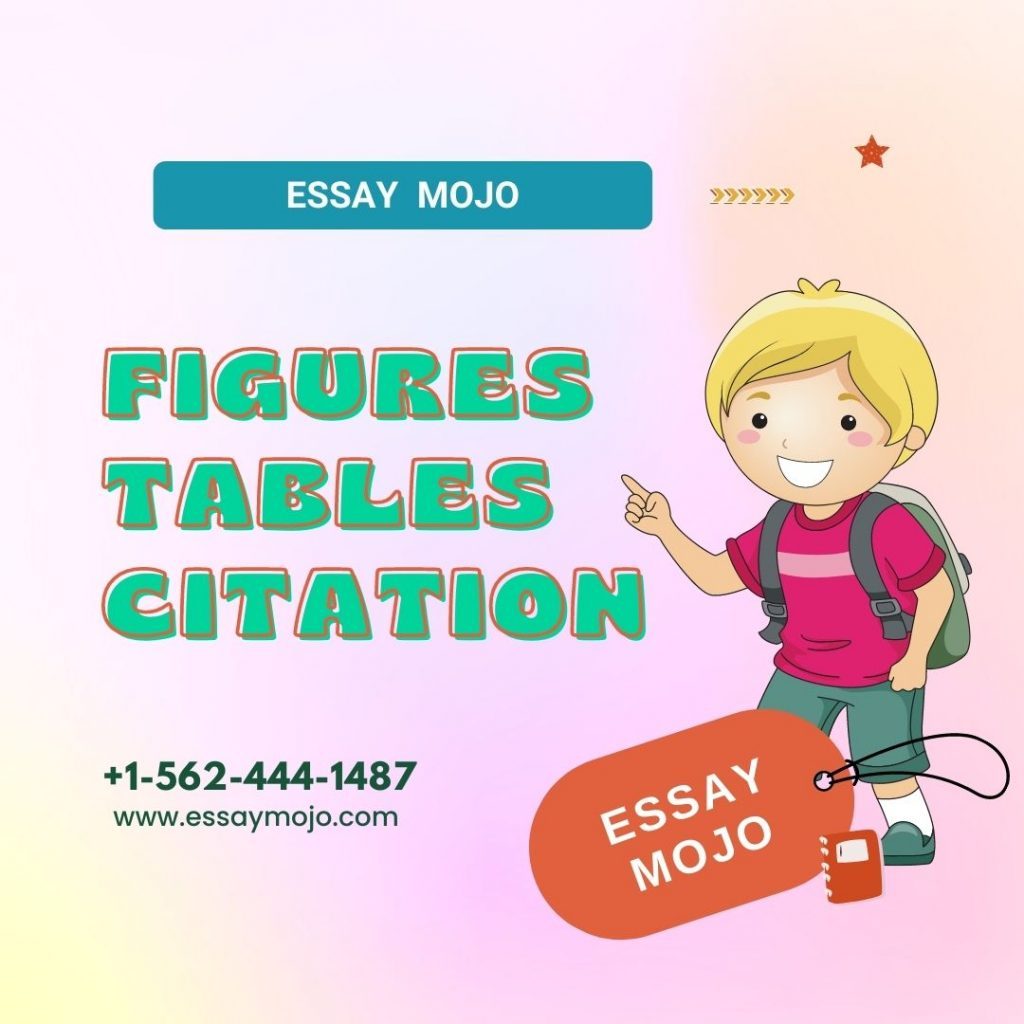 Just like tables are used to supplement the text, the figures should also do the same.

Graphs:  They are a good aid in quickly communicating relationships such as distribution and comparisons. The most common type of graphs that are used includes scatter plots, bar graphs, pie graphs, pictorial graphs and line graphs and those are what these APA format will refers to.

For additional information  and the specific kind of the information and meanings of the different kinds of graphs you need to read your course work on quantitative analysis.

Similarly, spreadsheets application programs like Microsoft Excel can be used to create the graphs you need.

Scatter plots: They are created by individual dots representing the value of certain events or activities on the scale developed  by two variables. They dots are plotted on the x and y axes. Supposing the dots are clustered in the same area, then a correlation is established.

However,  there is no correlation when the dots scattered unevenly (randomly) scattered. 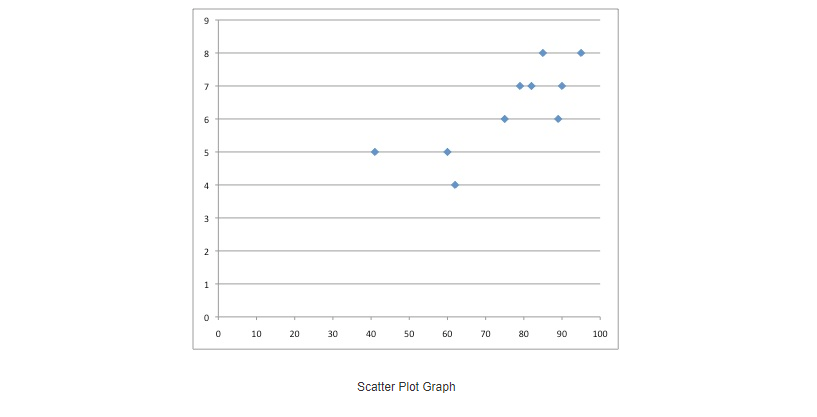 Bar graphs: we have three main categories of bar graphs:

When you use the solid vertical or horizontal bars, the independent variable is definite (categorical) and each bar is used to represent one type of datum. For example,  yearly earnings.

Sliding bars graphs are separated by a horizontal line that  acts as the baseline and enables data to be represented above and below a certain reference point. For example, high and low weight v. average weight. 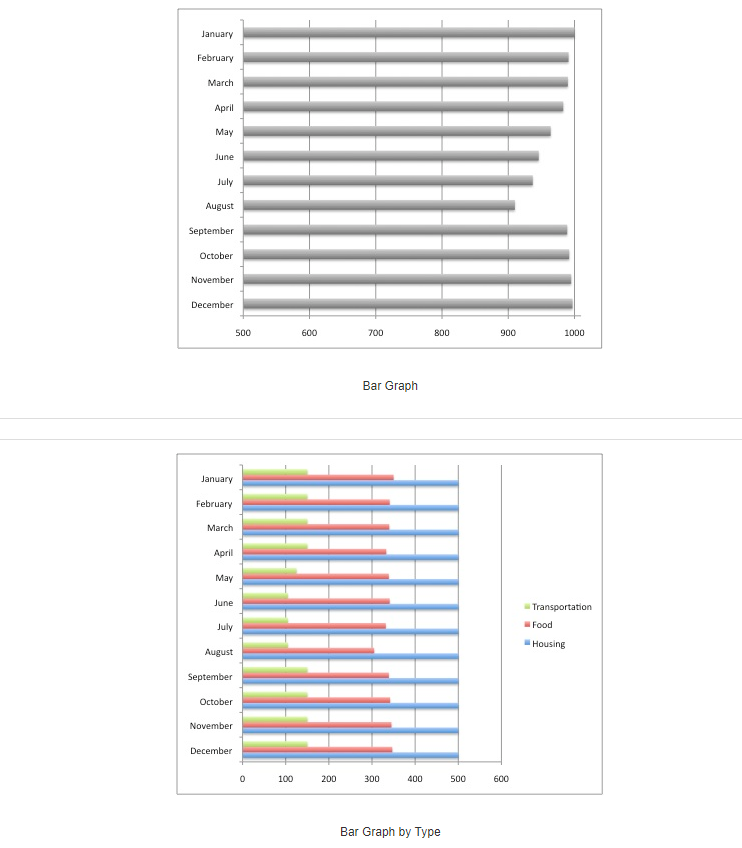 Pictorial graphs: They are used to illustrate quantitative variations between groups. As such, the pictorial graphs could be highly deceptive, when the height of the image is increased  and its area doubled.

Consequently,  you need to be very careful when using images to represent similar values. The pictures must be of similar size.

Circle (pie) graphs: these are used to show percentages and proportions. However, for clarity and readability,  the maximum variables to include in a pie chart should be five. Ensure that the segments are placed in an orderly manner.

Start with a twelve o’clock, and arrange them from the biggest to the smallest. Color the segments starting a dark shade to lighter one ( accordingly, the biggest segment ought to be the darkest). Use dots and lines to shade the pie chart in a black and white document. 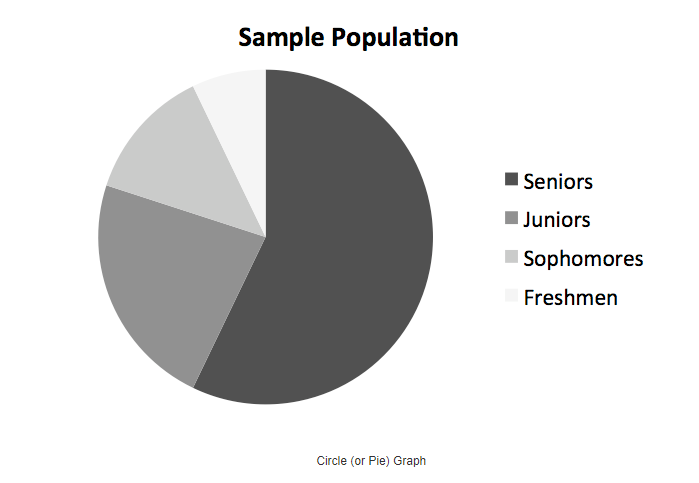 Charts these are used  to signify the  elements of  big groups or objective (for example tribal order). It shows steps within a process (as shown in a flow-chart) or the representation of an object ( e.g. the parts of a mobile phone).

For simplicity and readability, use line drawing as much as possible. When using photographs, get a photo with the highest possible contrast  for clarity. Cropping the photo and cutting unwanted details can be enhance the clarity of the photo.

Use software programs like Photoshop, Adobe PageMaker and others to change color photographs  to black and white when you want to print on a laser printer. If this is done, many printers will print a photograph with poor contrast.

When preparing figure, the main focus should be communication and readability. Do not be tempted to apply the special effects present in many of the advanced software packages.

Though in three-dimensional effects, apply a shade and layering test may look attractive to you,  overusing it,  inconsistency use or misuse could distort the figures or the information being presented. In addition, it could distract or irritate the readers.

As such,  always design a proper  figure, which should be inconspicuous and able to support your communication. Designs that are improperly done distract the attention of the reader from the main subject of the paper and makes the reader to question your credibility.

APA style has preexisting specifications for different size of figures together with the fonts for these figures.

For figures, make sure to include the figure number and a title with a legend and caption. These elements appear below the visual display.

When including figures, ensure that the figure number is included together with the title, legend and a caption.

These details have to be placed below the figure.

When including the figure number, write Figure A, follow it up with the figure title using a sentence case. After the title,  include the  legend explain the symbols used in the figure.

Also include a caption explaining the figure.

The caption is  short but offer full explanation  together with a title.

More so, if the image is obtained from a different source, you should cite the source at the end of that caption.

Always include a legend in your graphs to explain the abbreviations, symbols and terminologies applied in the figure. Ensure that the terms are consistent with  the ones used within the paper and in other figures. Fonts in the legend ought to be the same size and type as those applied in the figure.