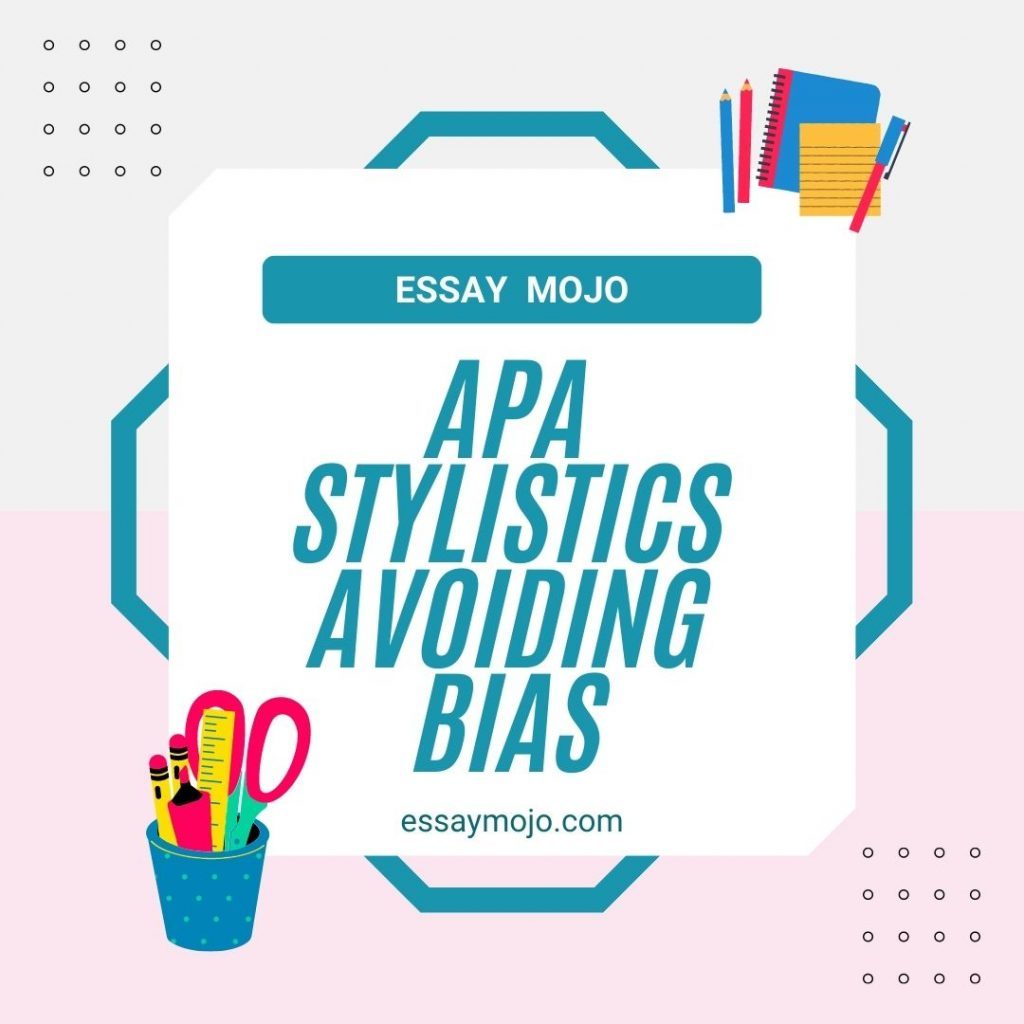 Researchers and scholars who use APA style work with different population, and at times these researchers seem to have stereotypes when they use labels, names and other biased types of language. Accordingly, APA provides specific suggestions for avoiding biasness in language regarding sexuality, ethnicity, race and disability.

How to Avoid Bias in APA Stylistics

Though you need to avoid any labeling whenever it is possible, it times it is hard to correctly explain the identity of the research population you have used, or individuals participants in the study without applying a language that can be viewed as biased.

Therefore, adjusting the way you apply your identifiers and other language groups can enhance the clarity of what you have written and reduce the possibility of annoying your audience.

Generally, you need to call people the names they like, particularly when you dealing with ethnicity and race. Nonetheless, the  usual conventions of language unintentionally have biases towards some populations, for instance, using the term “normal” to contrast with someone labeled as “disabled.”  Consequently, you need to be aware of your selection of the terminology that your reader will come across, especially when they identify themselves with that population.

Whereas you need to always be clear regarding the sex identity of the participants you are using (where have carried out an experiment), to bring out the gendered differences, avoid using gender terms where they are not required. This means that you should avoid using “he,” “his” or “men” to represent the generic terms for both sexes. Especially when writing an annotated Bibliography

APA also do not encourage replacement of “he” with “he or she,” “she or he,” “he/she,” or” she,” It does not as well encourage alternating “he and she”, since these alternative are awkward and could result in distracting the reader from the main points being made in the paper.  When the readers comes across the gendered pronouns “he” or “she” certainly the reader will end up thinking of the gender, instead of the content in the paper.

To prevent the bias of applying gendered pronouns:

To prevent unintended biases in the language you are using, search for the parameters within your research. When completing your experimental report, you need to describe the participants involved and the measures you applied in classifying the participants in the experiment. Do not use offensive labels.

More so, APA recommends the use of adjectives to act as descriptors instead of labels, if you use words like “the amnesiacs” or “obese,” the individuals lose their personality. This can be avoided by inserting an adjective (for example, “amnesic patients,” obese people).

Similarly, you can avoid use of labels by mentioning the individual first and follow it up with descriptive words (e.g., people with obesity), though it could be awkward repeating long phases as the one used here.