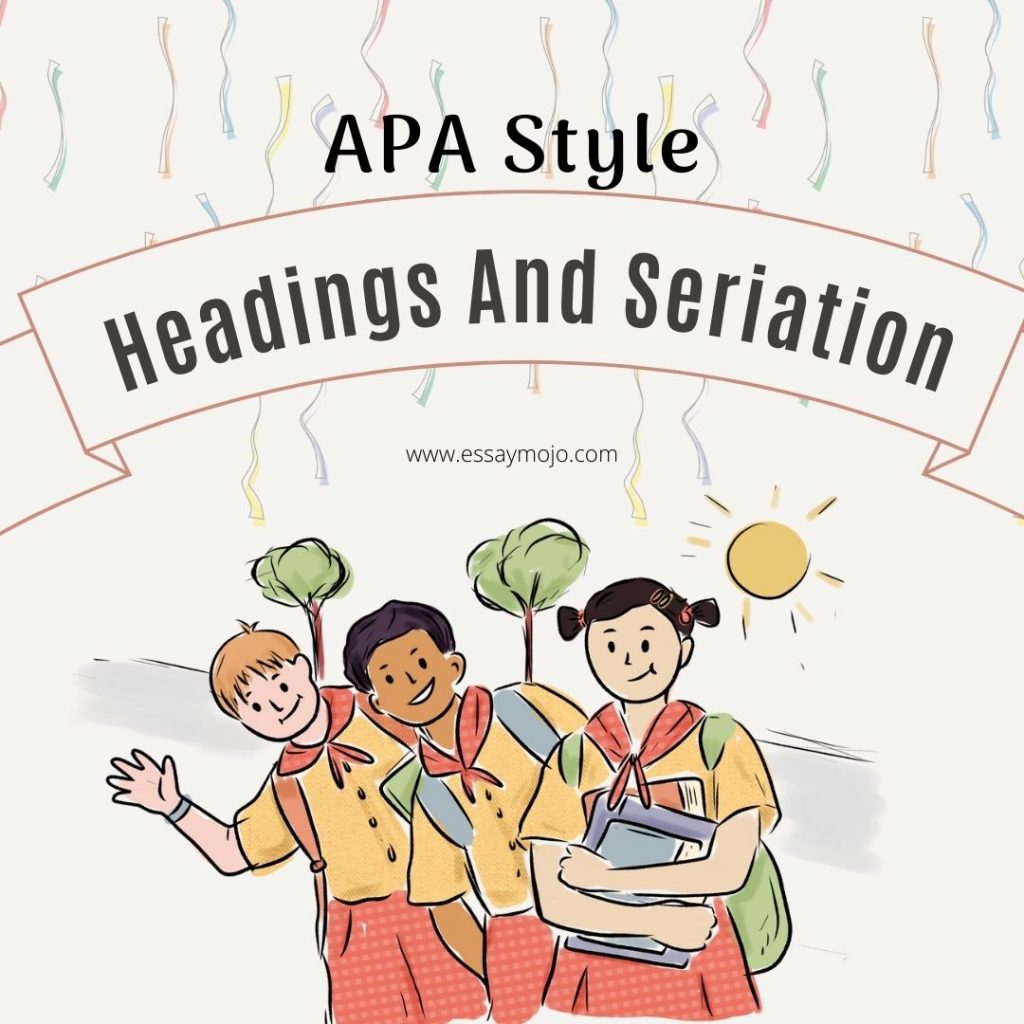 APA  format applies distinctive heading format to differentiate and categorize paper sections.  As such, headings are used as guidance for the reader when going through the document.

Heading are organized based on levels of subordination, where every section  of the document should begin with the highest level of heading.

APA style has 5 heading levels. These levels are revised and simplified in APA 6th edition. Irrespective of the various levels, it is always important that you apply the heading  systematically, starting with level 1. Below is how each level should be formatted.

Therefore,  supposing the article has three sections, with some including subsections and others without the subjections. You should use heading  based on the level of subordination.

An example is shown below.

When you using APA style, do not including a heading for the introduction section. Also, do not include letter or number  to indicate the headings. Levels of headings used will as well depend on the organization and length  of the paper you  are writing.

APA as well permits seriation within the body text to assist writer to organize and present main ideas and arguments. When using numbered seriation, follow these steps:

Based on usability  testing that has been done,  APA style 6th Edition recommends as follows:

Recommended Reading:  How to Cite References in APA Format

For lists that do not communicate hierarchical order or chronology, use bullets:

When  using  lists that are not communicating hierarchical chronology or order simply use bullets:

Generally, it has been found that participants easily understood user-centered, and they found it  simple to apply. Below are sample responses from participants:

Writers may as well apply seriation for paragraphs that have too long.

Based on the research carried out by the  usability team,  the staff has complete the following:

Writers may as well separate main  points with  bullets.

Also Read: How to Write an Essay: From topic selection to Final Edits