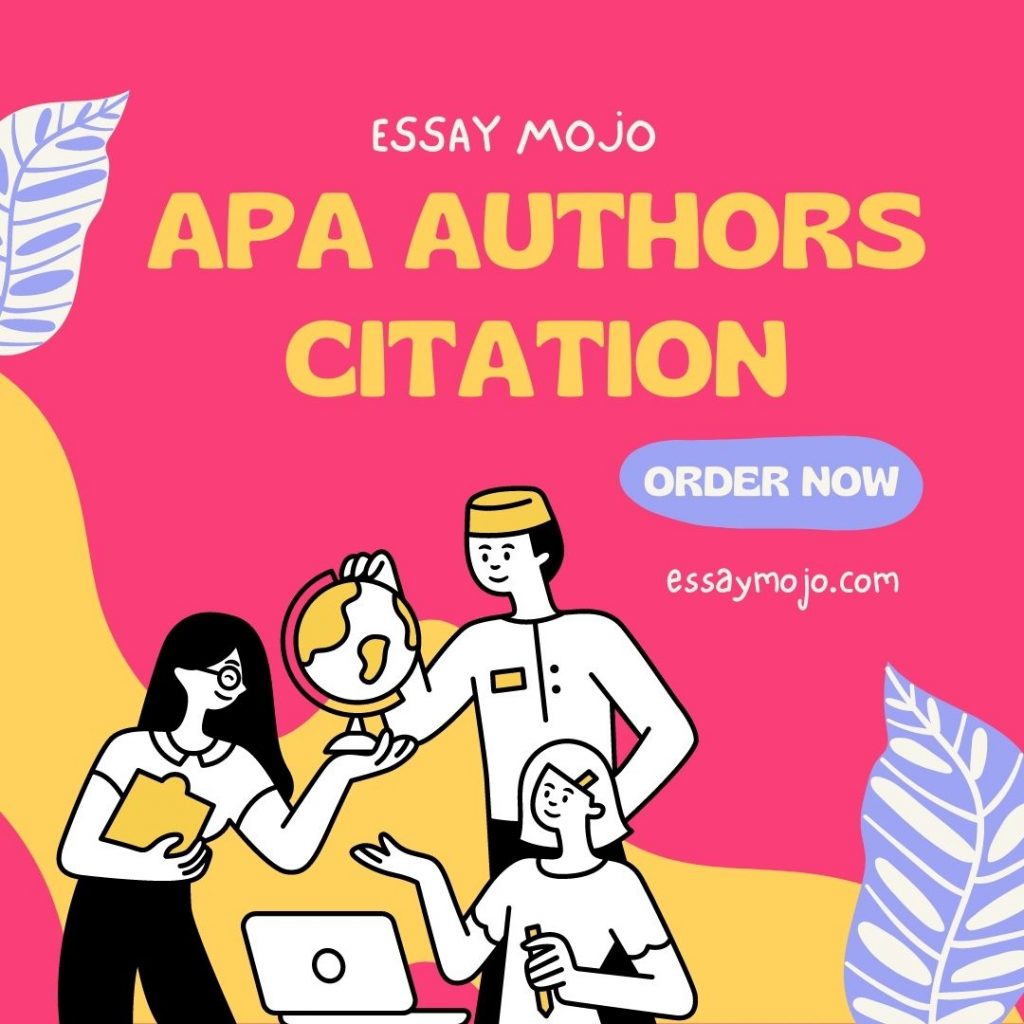 How To Cite Reference List With Multiple Authors In APA

In citing an Author or Authors at the Reference List in APA , the rules underlined below are applies to all APA-style reference written by one or more authors as should be written at the reference list, irrespective of the kind of work (article, journal, book  or electronic source)

Start with the last name of the author and include the author’s initials.

Include their last names followed by their initials. The ampersand (&) is used and not “and.”

Include their last names followed by their initials; commas are used to separate each author names, but an ampers  and precedes the last author name.

Include their last names followed by their initials; commas are used to separate each author names,when you reach the sixth author’s, use ellipses to represent the author name.  Follow this with the final name of the author.

As such, the reference should not have over seven names.

N/B: Supposing in your essay you put parenthetical citation of works that have no author name, use a shot version of the work’s title in the place of author’s name. Ensure that you use italics and quotation marks in an appropriate way.

For the source above, the way it should be cited is as follows: (Understanding Madness, 2010).

Include author’s name for any entry made and list these entries based on the year of publication (starting with the earliest).

Where the author has written a source alone and also with another author/s and appears as the first one, start with the works in which he/she is the sole author.

Sources with the same first author but different second/third authors have to be arranged alphabetically based on the last name of the subsequent author/s.

Supposing the first and second authors are the same on both references, and then the third and subsequent author/s will be arranged alphabetically.

Supposing you are referencing two or more works by one author/s written in the same year, arrange them alphabetically in the reference list based on their title or chapter. To differentiate them assign them letter suffixes after the year.

Include these sources within the essay written for you as arranged in the reference list.

Lacour, M.(2010b). The effects of poverty on academic achievement among university students.Educational Research and Reviews, 6(7), 522-527.

When citing information about a source (for example a book) maintain the usual citation system,  but cite Introductions, Forewords, Afterwords and Prefaces (whatsoever the title used) in the same way a chapter of a book is cited.